Greetings, my fellow geeks. This week we saw Superbowl movie TV spots and news of Big Franchises making solo movies for their green characters, big and small. But let’s not get ahead of ourselves. This is how the week started:

Chris Pine is happy for J.J. Abrams directing Star Wars, but he better return for Star Trek or else!

The only way I’ll be disappointed is if he doesn’t direct our third movie. I think if that turns out to be the case we’ll have to kidnap him and hold him hostage until he agrees to do a third.

I approve of his plan.

Interview with Kelly Hu, who has been in many geeky shows lately, playing Cheshire in Young Justice, China White in Arrow, and most recently Karai in Teenage Mutant Ninja Turtles.

I’m always attracted to playing the tough girls. I guess I’m still sort of feisty and a little bit of a tomboy.

Wreck-It Ralph wins big at the Annie Awards! Other winners include ParaNorman, Brave and Rise of the Guardians.

Pacific Rim‘s screening gets very good reactions! It gets complimented on plot, acting and VFX. If I wasn’t sold already, I would be.

Rumor has it that we could get Planet Hulk and World War Hulk in Phase 3 of Marvel Cinematic Universe… not sure if I want this, really. I mean, in MCU, Bruce Banner has control of  Hulk! But in these stories there would practically be no Bruce Banner! I mean, sure, MCU Hulk is (now) cool, but I wanted to see Banner too! Especially Ruffalo!Banner! Still, at least we’ll got some Hulk! Then again, World War Hulk will need some serious change to what the story was originally about: Angry, vengeful Hulk kicking most of Marvel heroes asses. 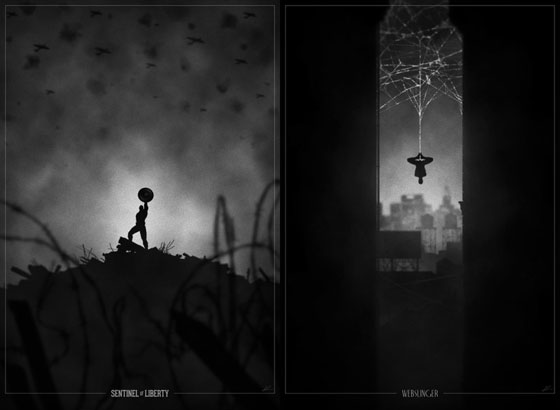 These two are my favourite ones.

The Huffington Post certainly loved all the Superbowl stuff and waxed poetic about Beyonce’s show (that was so kick-ass even Michelle Obama tweeted about it) and named the Amy Poehler starred ad as best ad of the Superbowl (personally, I love the Budweiser one more… but that’s because CUTE ANIMALS!)