Ok, now that Disney owns Star Wars, it is to be expected that they want to milk the franchise for all that it’s worth. That means they won’t stop at a new trilogy. Yep, I am talking about standalone movies. Rumor has it that the first standalone movie could be about Yoda:

The first Stand Alone film is going to center upon YODA. At this stage specifics are sparse, but Kathleen Kennedy is putting together a STAR WARS slate.

Old Yoda? Young Yoda? This could have potential. Although making a movie about a CGI character seems quite ballsy of them. Anyway, The Disney CEO confirms there will be standalone movies:

There has been speculation about some stand alone films and I can confirm to you today that in fact we are working on a few stand alone films. Larry Kasden and Simon Kinberg are both working on films derived from great Star Wars characters. That are not part of the over all saga, so we still plan to make Star Wars VII, VII, and IX roughly over a six year period starting in 2015. But there are going to be a couple of there films released in that time too.

He doesn’t say which characters will get the standalone treatment though. But Entertainment Weekly says there could be movies about a young Han Solo and another about bounty hunters, Bobba Fett included. Yeah, if any characters where likely to have a movie, it would be these two. Finally, John Noble, apparently, could be the evil dude in Star Wars Episode VII. 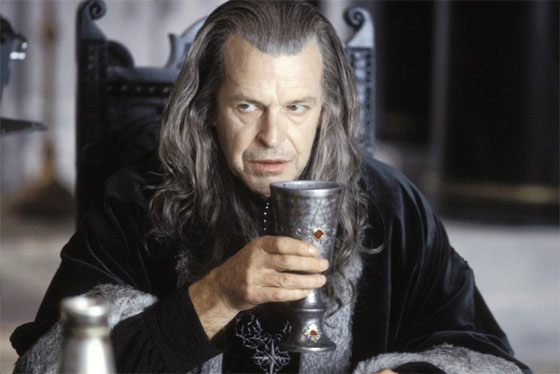 I knew I couldn’t trust you, Denethor!

Anyway, guess who will be presenting some Oscars! Yep, The Avengers! Ok, just the American ones who don’t have an XX chromosome. That is Robert Downey Jr., Chris Evans, Jeremy Renner, Mark Ruffalo. There’s also Samuel L Jackson, whose character is not technically an Avenger, but whatever… it’s Sam Jackson!

Talking about Oscars, DanRad will also be there! Doing what? We have no idea. Show producers Craig Zadan and Neil Meron wouldn’t say, those teases!

Star Trek Into Darkness covers in Entertainment Weekly! Also new images, where Benedict Cumberbatch’s villain is channeling Loki, and Chris Pine’s Captain Kirk keeps hanging off with the tips of his fingers! 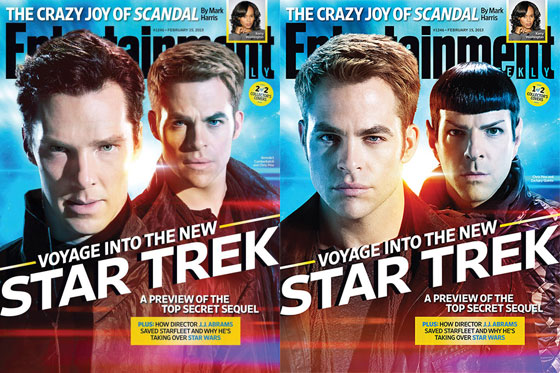 There’s a small interview with Shawn Ashmore (Iceman) about X-Men: Days of Future Past, and he’s glad he’s back and is especially a fan of the storyline that will be used:

When talking about Ant-Man, Edgar Wright tell us it’s a “big effects movie”:

But to be honest, the later I do it, it feels like I could learn more, especially about special effects. It’s a big effects movie, so I’m pleased to go into it having done Scott Pilgrim and The World’s End because you’re always learning more about that side.

Here are a couple of comic book covers I dig: Secret Origin: Iron Man and A+X #5… coincidentally (or not), both are being written by my darling Kieron Gillen: 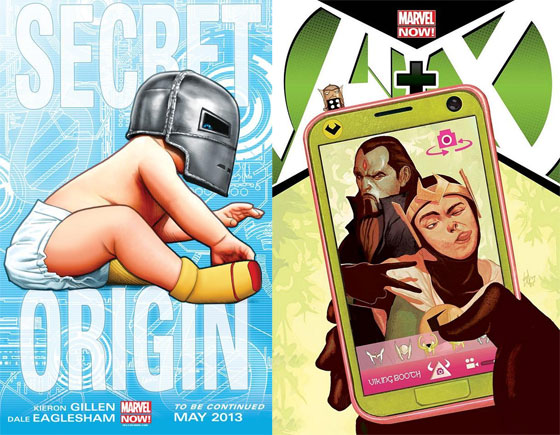 Taking about comics, Kick-Ass 3 comes in May! Here’s what Mark Millar has to say:

Not everybody gets out of this alive, as I’m sure you might expect. If someone puts on a wetsuit, a pair of gloves, some Timberland boots and picks up a pair of sticks, they’re not automatically still going to be doing this when they’re 40. If you’re Dave Lizewski — you’re basically screwed when things get too much.