Total Film was considerate and put all the Super Bowl TV spots in one place! We had Iron Man 3, Fast & Furious 6, Oz The Great And Powerful, The Lone Ranger and Star Trek Into Darkness. Yeah, I cared mostly for the first and the last one~ BTW, it was Iron Man 3‘s that got the best ratings! Also we got some new stills, which were just decent captions of the trailer, but they are new and we care!

Since we mentioned Star Trek Into Darkness, here’s another interview with Benedict Cumberbatch where he was a bit unsure of the doing a Star Trek baddie because he didn’t want to be typecast as the typical British villain:

I am very aware of the English transition of an actor being from a different culture coming over and they are being like, ‘God, this guy does theatre and c***. We’d better give him the bad guy role and a cape and just make him be really horrible’.

Empire Magazine gives Duncan Jones some plot ideas for the World of Warcraft movie. I like most of them! Especially the first ones because they are all about plain old Warcraft, which I loved so much! I would love a movie about Thrall~

Yay, they want Tron in Wreck-it-Ralph 2! I know it will be just a cameo, but I’d love to see Tron and Mario cameos just fine.

So, Sir Ian Mckellen received an honorary doctorate by the University of Ulster. And the doctorate was conferred by the university’s chancellor himself, dear lovely James Nesbitt. So basically, Bofur made Gandalf a doctor~ if that’s not geeky, then I don’t know what is! 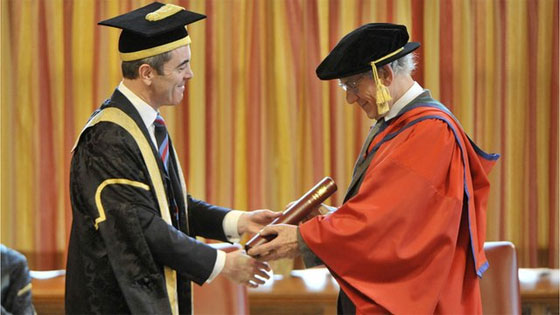 This is what everybody’s grandpa has to say:

We were sitting on a mountain in middle earth about six months ago and he was proudly telling me he was chancellor of a university. I didn’t quite believe him, but he said ‘oh come on, you come over and I’ll show you’, so here I am and delighted to be here for the first time.

The Amazing Spider-Man 2 begins production… at least Marc Webb is tweeting about it. We also got an official synopsis from its Facebook:

In The Amazing Spider-Man™ 2, for Peter Parker (Andrew Garfield), life is busy – between taking out the bad guys as Spider-Man and spending time with the person he loves, Gwen (Emma Stone), high school graduation can’t come quickly enough. Peter hasn’t forgotten about the promise he made to Gwen’s father to protect her by staying away – but that’s a promise he just can’t keep. Things will change for Peter when a new villain, Electro (Jamie Foxx), emerges, an old friend, Harry Osborn (Dane DeHaan), returns, and Peter uncovers new clues about his past.

And we finally have our Peter Quill/Star-Lord for Guardians of the Galaxy. He will be Chris Pratt. Yes, one of the Navy SEAL guys from Zero Dark Thirty. Yeah, none of my favs, but I kinda get it? 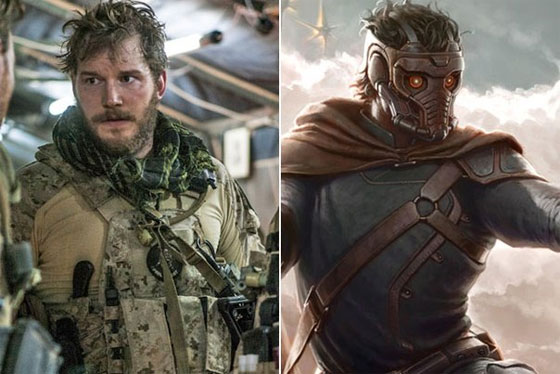 Ok, so Peter Jackson will have a special event to those who buy the Blu-ray/DVD of The Hobbit: An Unexpected Journey. You’ll get an UltraViolet code and you can get a sneak peak of The Hobbit: The Desolation of Smaug on March 24th.

Eli Roth talks about The Green Inferno, and as much as he loves Cannibal Holocaust, says the tone of the movie is more Werner Herzog-like. Also, he’s glad nobody died:

Thank God no one got killed, but there were tarantulas, there were spider bites, there were snakes. It was insane. Everybody had to get de-parasited after we got back, but the footage was incredible. I’m just editing the material right now.