Now in it’s third year at South By Southwest, KOCCA’s K-Pop Night Out has definitely turned itself into a must-see showcase at the week-long music festival in Austin, Texas. This year the featured acts varied from psychedelic rock, to bubblegum pop and pretty much everything in between.

First up on the plate for the evening was Eastern Sidekick. Boasting an enthusiastic and charismatic lead singer in Juhwan Oh, the five member hard rock indie band got the night off to an explosive start. The high energy of the whole band definitely took the crowd by happy surprise and had them cheering and pushing forward. (I can attest to this, as I was perched at the front of the masses from start to near-finish of the night) Oh’s energy took him from the drum kit, where he helped Myunchul Ko bang out a particularly rousing instrumental part, jumping about on stage, spilling bottles and eventually into the audience where he moshed with the crowd, and came out of it wearing a cowboy hat. The entire 40 minute set was enough to make anyone and instant fan of this raucous and hard hitting quintet. 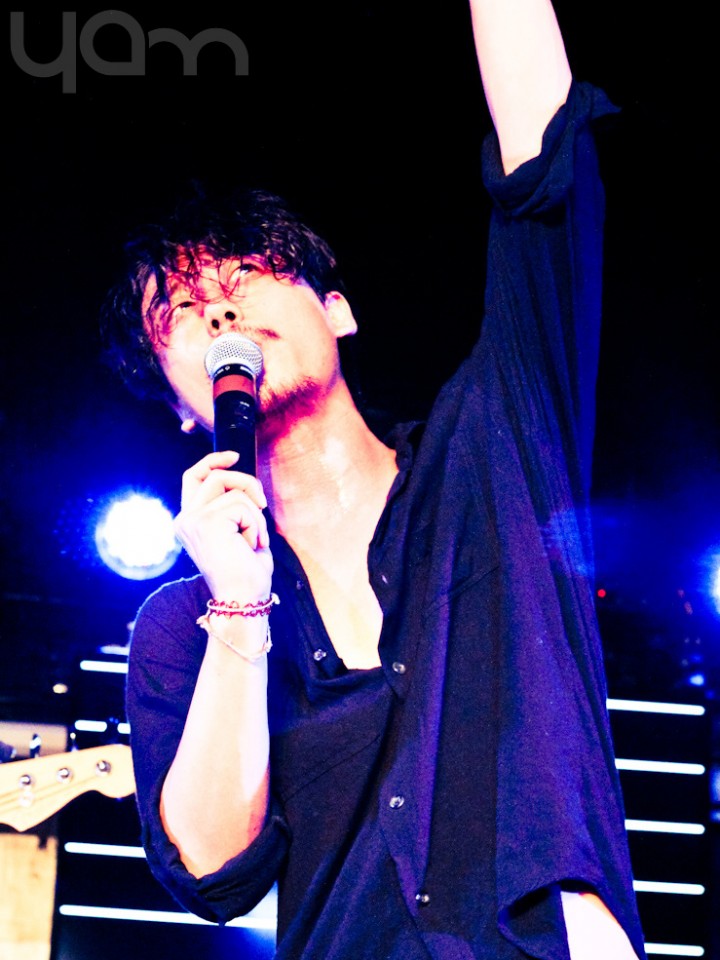