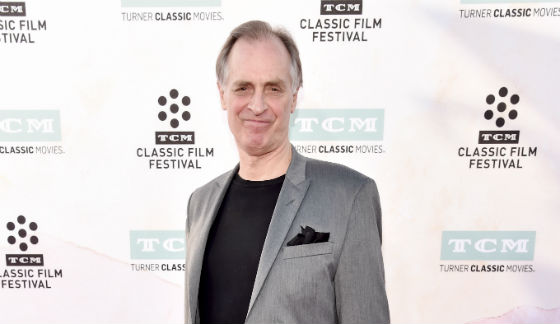 I’m a big fan of yours. I really love Welcome To LA.
Keith Carradine: Oh, wow.

I love that film.
KC: You’re a child! You can’t have seen that movie!

I know, but I’ve seen about 5,000 movies. That’s what I do with my life.
KC: Wow. You’re following Quentin Tarantino’s steps. Are you going to direct?

You came from a film family, so did you fall in love with film from birth, or did you distance yourself because you were in it?
KC: Film has been a part of my life since my earlier awareness. It was one of the things my father did; he also did theater and I remember going to see him in plays, so the idea of that craft- of performance, of the acting craft has always been in my life. Because of that I think I was instilled with an appreciation for storytelling, in particular, and for the minutiae of good storytelling, which is about characters. I think those things are at the center of what makes a great film.

I think that those things were more closely developed in the earlier days of cinema, we have a very different cinema now than we did in the 30s and 40s and 50s. The movie-making now is for an audience that is expecting something very different cinematically, and in terms of storytelling. I think that storytelling has taken a bit of a backseat, which I find slightly dismaying. There’s more of an emphasis put on visual stimulus now. However, there are those directors who are working right now who are masters at that, and can still tell a good story.

Do you want to drop a name?
KC: Well, Quentin Tarantino.

He’s fantastic. Do you plan on watching the second season Fargo where someone will be playing a younger version of your character from the first season?
KC: I’ll be very interested to see that. I don’t spend a lot of time watching television, which might sound odd. I’m busy, and then, when I’m not actually working, I’m looking for other ways to stimulate my mind and feel as though I am connected to life. But I can tell you that when I am flipping channels in the evening, I will invariably stop if it’s black and white, which is why I am such a TCM fan.

Do you have a favorite film from that era?
KC: There are so many! I’m a huge John Ford fan, you know. He was the great master, so I love his movies. They were mostly westerns, but the ones that he won Oscars for were not! How Green Was My Valley was not a western!

My favorite are his westerns also. I feel like he really understood the genre and then broke it down with something like The Searchers, where he knew it inside out and then showed you that outside.
KC: Absolutely.