Hitchhiker was up next, and the crowd was already wild coming down off that EE high, so they were pumped to enjoy the electronic set from this eclectic DJ. When he came out on stage I thought he had an air horn with him…I was seriously frightened for my ears, but it turns out it was either his water bottle or an oxygen can (some of us are still wondering…) With constantly running visuals behind him, and a plethora of lights flashing and waving, Hitchhikers signature silver suit was a perfect way to keep the eye’s as entertained as the ears during what can easily become a dull set – DJ’s and mix boards aren’t all that stimulating, especially after something as wildly interactive as EE. But Hitchhiker held his own and even came forward to engage the crowd. 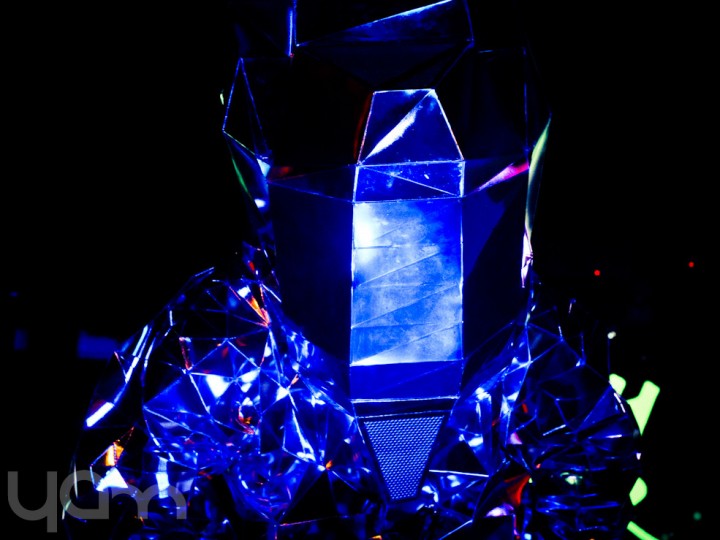