For a couple years now, I’ve been into the Japanese alt-rock band, [Alexandros] (née [champagne] as of 2014.) Therefore, when the band announcements for SXSW 2016 rolled out and I spotted them on the list, I was pretty eager to add them to my schedule. Lucky for me, despite the crazy scheduling and overlapping band performances that happened all week, I spotted a date on Saturday that was pretty free for me. So when Saturday came upon us, I dragged Cy and our other writer friend along with me down to the East side of 6th Street to the Historic Scoot Inn for a little J-Rock. 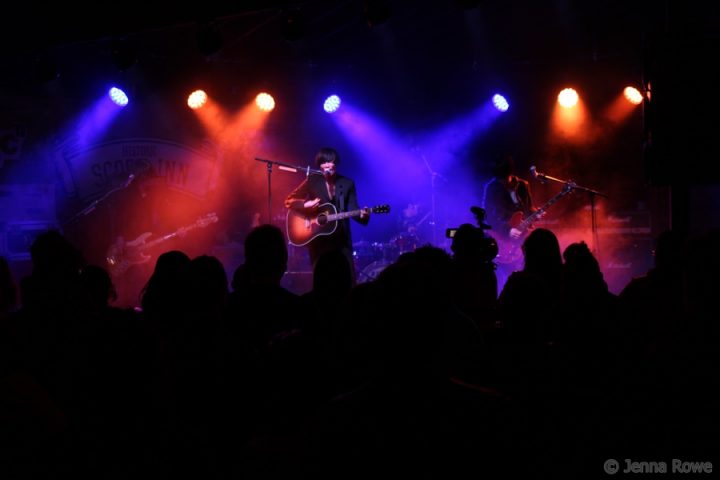 The venue was cool – the bands were set up in the back on a covered stage, with the fans covered by big tents. Which we were grateful for since the night was sort of overcast and spitting light rain here and there. It seemed like SXSW’s final night of chaos was winding down, and I was actually pretty grateful for the laid back pace at the Scoot Inn. No pushing crowds, no crazy security, and a polite crew of stagehands and sound engineers. It made for a nice evening, since we showed up a bit early. 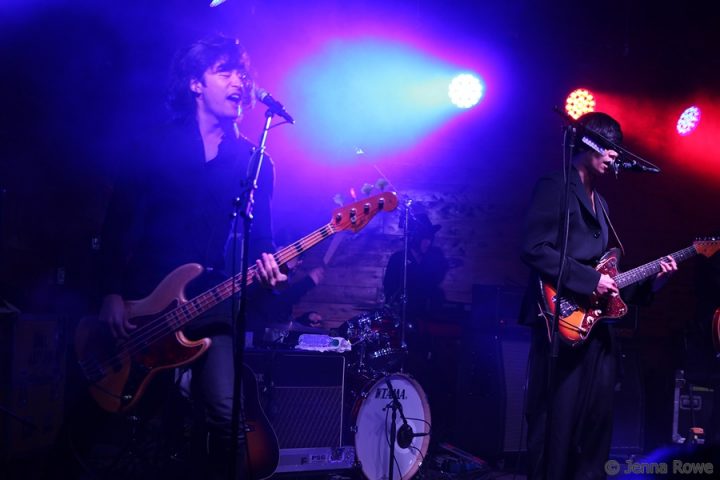 But when [Alexandros] started up, the crowd was on their feet and gathered around the stage with enthusiasm and good cheer. The band’s mix of acoustic and electric guitars lent a soothing edge to the music that was a welcome balm to an over-stimulated and tuckered festival goer. 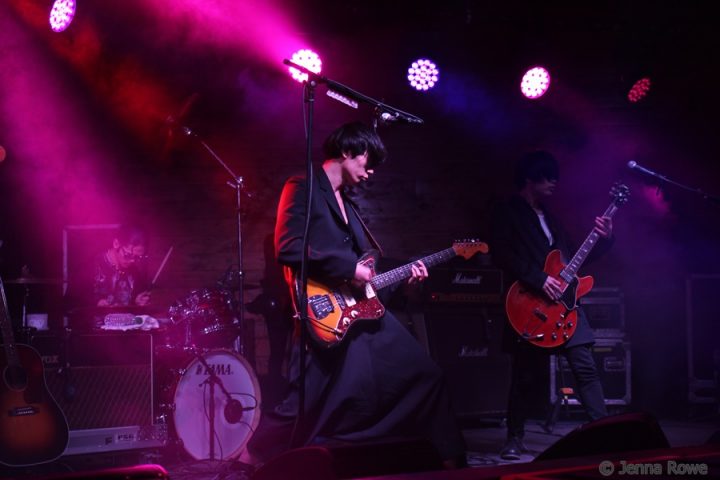 Lead by the powerfully charismatic front man, Yoohei Kawakami, [Alexandros] poured their heart out onto the stage for their set. They crammed a good number of songs into their 40 minutes of SXSW fame. The band has zero problems transferring their music from album to stage – with the live atmosphere just adding to the energy and excitement of the music. I am always amazed at what bands can do on the tiny stages at SXSW, and for sure if Yoohei had had more room, he would have been ALL OVER that stage. As it was, he moved, and jumped and called the audience to action with practiced ease, garnering a reaction from a crowd that wasn’t necessarily there just for them. Impressive to win over a strange audience in a foreign land. I’m not sure if singing most of their songs in English is a major part of that or not, but it sure helps them and will hopefully bring them at least some of the success their compatriots One OK Rock have been accomplishing as of late.

In the end, a calm atmosphere combined with the power and energy that [Alexandros] brings to the stage equaled a beautiful night for me, under the stars with one of the best up and coming names out of the Japanese rock scene. 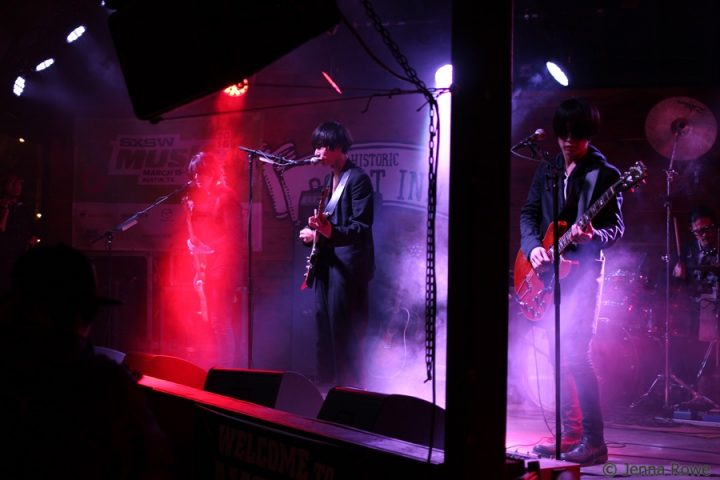