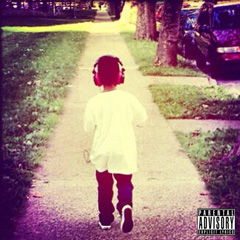 Ever turn on an album and tear up in the first 10 seconds? That would be me at this very moment. More than just a powerful statement to bring an album to your consciousness, CharlieRED’s Religion goes straight for your heart and your throat, choking you and squeezing you until you’re forced to fight for breath.

The mighty cry to humanity from Charlie Chaplin’s speech in his film The Great Dictator opens up the album, gives us a glimpse at the fury and fire of the band’s music and the direction of their EP. Religion manifests as a call to arms to anyone who seems afraid of the oppression awaiting them in life instead of taking that fear and morphing it into the motivation necessary to live without the complication of human terror and self-defeat. From the dying notes of Chaplin’s resonant voice, Rocki Evans comes in with a heavily throated vocal that tears through the very soul of the listener.

This is what an album is supposed to be: explosive, passionate, self-indulgent. CharlieRED gives us that with Religion. The cleverness of the album lay in its very title. The blues and gospel in it lends itself to the title; however, the album is an examination, a look into what it truly means to hold strong to the dogmatic pitfalls of one’s religious creed: “You can judge me. You can hate me. Or you can love me. But either way, I deal with it on my own.” (Kansas) And still, we’ve got the passion and unparalleled thirst for something deeper.

Every track has its own living soul, its own lesson that peels back the album itself and reveals the ultimate lesson therein. The most incredible aspect, however, is that each lesson, like each soul, is different for each listener. For those who focus on the music itself, there’s the rich tapestry of musical history, crawling from the gritty blues inherent in the Negro Spiritual of the 19th century and digs its fingernails into the exuberant amalgamation of the spiritual and the blues to create the early growls and elations of Gospel. (Radiant Child and inReligion) For others, it’s the narrow scope of isolation, the prolonged sadness of wanting and yearning for something to touch and hold fast to your heart, its beauty digging its claws into you. (Could Be, Norah Jones) Still others will see the blatant expression of Rocki Evans’s personal spiritual journey and his own connection and relationship with God. (The Reason #1 and #2, Religion)

Every aspect of Religion is a tool to force the listener to reflect, to come to terms with their own truth, their respective understanding of the expansive mind and marvel of the universe. There are so many parts of this album, so many aspects to its fullness that you can’t simply give it one listen and think you’ve uncovered every piece. The album in and of itself is a bold attempt to divulge some sort of deeper truth. I think in parts it succeeds. But I think the overwhelming feeling is the EP exposes one man’s raw soul without apology and with deep intellectual inspection.

You can listen to Religion on CharlieRED’s Soundcloud, DJ Booth, and Spotify. You can buy the EP on iTunes and Amazon (CD, MP3).