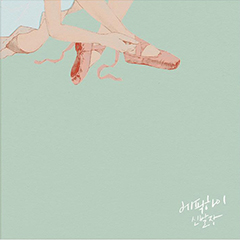 Any fan of Korean music will tell you 2014 was the year of the veteran comeback. It seems almost every first- and second-generation K-pop act decided to teach the young’uns a thing or two, and had newbie groups bowing down in almost holy reverence. Arguably the year’s most profound comeback came from Mithra Jin, DJ Tukutz, and Tablo. The gentlemen of Epik High not only gave fans an album that impressed but also a master class on creativity, consistency, and longevity.

Shoebox was a marvel from the title to the final echoing notes. The album’s title is brilliant in its subtlety—a child’s shoebox filled with memories, times of pain and times of triumph, times of bravado and times of heartache.

With the opening track, Encore Epik High gives us a definitive introduction to their epic return. With the chorus taken from song I Didn’t Realize That the Show Was Over—from 70s soul group The Miracles—Tukutz sets the pace and gives Jin and Tablo a beat they can grind over, daring any act out there today to come up against them.

The album continues on a dare, lead single Born Hater a testament to the hip-hop trio’s flawless flow and unerring confidence. With the help of members from YG’s two rookie groups—Bobby and B.I from iKon and Mino from WINNER—and veteran rappers Beenzino and Verbil Jint, Epik High laid down a challenge to every naysayer who ever tried to brush them aside: Wow look over here, cowards will run away, no doubt. Are you looking? If you don’t like me, then you do it. Hide carefully, I can see you, how dare you underestimate me. The scale is different here, it’s motherfuckin’ do or die.

Amidst all the declarations of superiority, Jin and Tablo produce some truly gorgeous lyrics exploring the pain of love lost. There’s a rawness to the music, a chilling beauty with an undercurrent of genuine emotion. Tracks Spoiler and Happen Ending (featuring the beautiful vocals of Jo Won-sun) give listeners a peek into the sensitivity and pure heart of Tablo while giving the album the needed emotional balance to keep it from becoming unnecessarily antagonistic.

Anyone with an ear toward Korea’s pop music scene followed the undeniable popularity of ballad Eyes, Nose, Lips, the hit track from Taeyang’s album Rise. It seems every artist wanted his or her chance to interpret the evocative ballad. However, Tablo’s rendering of the song was arguably the most impressive. I’d go as far as to say it outshone the original. With his signature growl and lyrics entirely in English, listeners could reach out and touch the pain and resentment in the song. Instead of going for heartbroken, Tablo explored the betrayal, rage, and bitterness inherent in an ugly breakup.

Further still, Tablo manages to be nakedly introspective. Tracks like Amor Fati (featuring Nell’s Kim Jong-won) and Lesson 5 (featuring Dok2) give us a more profound understanding of the man’s psyche, pushing us to look deeper within ourselves, explore our own insecurities, parts we’re too afraid to admit exist.

Shoebox could have very easily gotten lost in the onslaught of debut boy groups whose labels were trying for a harder edged sound. Instead, this legendary group gave fans an album without pretense. It was unique in its composition for its beautiful use of music and bold lyricism. It’s an album that not only reenergized the Korean music scene but also made a statement in the hip-hop genre. Without a doubt, Shoebox is a complete and nearly flawless piece of music and unquestionably one of the year’s best.