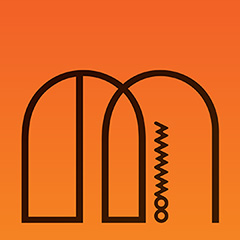 It’s been two years — two freaking years — since my last music review, which was coincidentally also a Kpop release. Since then, it seems I had lost my passion for Korean pop as many MANY other groups debuted and a lot more people started listening to it since Gangnam Style [1]. We’ve been casually covering some releases, but it wasn’t until this weekend when I became a MooMoo. Yes, I’ve spent these three days watching every subtitled video I was able to find, and fallen madly deeply in love with Mamamoo.

The group’s beginning paints them as a much more mature girl group with releases such as Mr. Ambiguous (Mr.애매모호) [MV] and Piano Man [MV] with their blues-y R&B debut EP, Hello, which gave Brown Eyed Girls and The Barberettes [1][2] fans much to love. Sometimes baffled at being mistakenly perceived as “older,” the group released the more playful and youthful Pink Funky, which definitely saw their rise to popularity with single Um Oh Ah Yeh (음오아예) [MV], a much more pop-friendly summer breeze cute style that some fans didn’t quite take to. In Melting, their first full-length studio album, they bridge both images with ease, managing one of the most solid commercial releases of 2016 so far.

In the comical Taller than You, we are introduced to the members who -at an average height of 1.60m- fight it off in a hip-hop/rap battle to see whose 1cm. reigns supreme [translated lyrics], teasing and mocking each other, in what probably encompasses the best summary of the so-called “Beagle Idols,” a term earned for their sugar-rush on-screen personalities. However, if you thought this was going to be a one-note album, you are suddenly presented with Words Don’t Come Easy, which comes off as the smoothest track next to Friday Night and the reminiscing My Hometown [translated lyrics].

Melting then continues with You’re the Best, the track with the best energy and most pop hooks. The playful rhythms infused with Mamamoo’s soul R&B and swing background, give the track a distinctiveness; that topped with the member’s (Solar, Moonbyul, Hwasa and Whee-in) hyperactivity on stage (and YouTube videos), have earned them well-deserved wins in music shows [Inkigayo][Show Champion] against mega music giant SM Entertainment artists. Plus, there’s Solar belting in there a la Christina Aguilera. It’s not a track that’s easy to appreciate unless you sit through the hours and hours of performances, video chats and MamamooTV clips to get to know each one of the members. I dare you not to fall for their dorky charm.

After Emotion, which (I don’t know why) brings back memories of Jessica Simpson’s I Think I’m in Love [MV] — must have been that breezy and carefree vibe — the album takes a turn with the soulful I Miss You, the modern doo-wop-y Funky Boy, the gorgeous production of Recipe, and equally accomplished Cat Fight. These roughly 15min. are the freshest moments, giving Melting its best elements, which then closes with the ballad Just, and the fun pop-tune Girl Crush, which I gotta be honest, takes a whole new meaning once you know these women.

You can check out the album on Xiami, Spotify, or get it on iTunes or YesAsia.