A whole full year of YAM~~~ and the holidays are here.
and Award Season is here too! 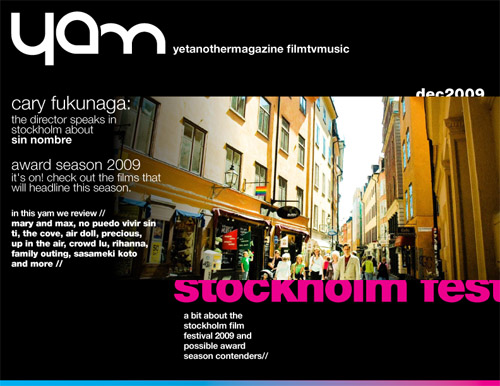 On this issue we’ve got a special coverage on the Stockholm Film Fest, including a Q&A with Sin Nombre director Cary Fukunaga, and several reviews from the festival’s films like Precious, Up in the Air, and The Cove which will play a big part on the coming award shows… starting with nominations for the Golden Globe this morning ;P