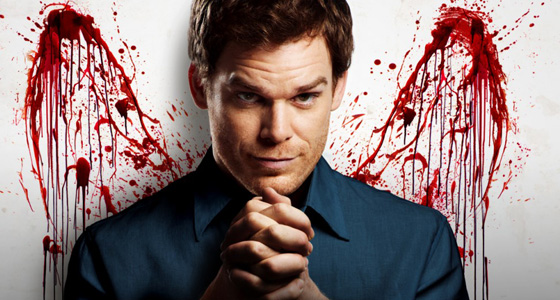 In honor of the start of the seventh season of Dexter this weekend, we take a look at last year’s season, which I had decidedly not talked about. However, since this season ends on a terribly juicy cliffhanger that everyone’s dying to see carried out — and I totally called it in my review of Season 5 — it seems like I have no way to escape this review.

This story has very little to do with the previous season, but still carries some of the same themes dealt with Dexter’s decision to carry Lumen’s Dark Passenger, as well as what’s a serial killer to do as he ages and evolves, and what makes Dexter different to other serial killers. Dexter’s son, Harrison, is of age to start going to pre-school, so Dexter is “forced” to put him into a Catholic school with the recommendation of Angel Batista (David Zayas). At the same time, Dexter meets with Brother Sam (Mos Def), an ex-murderer-turned-religious man guiding a brand new flock of stray sheep.

If you haven’t caught on yet, this season of the show relies heavily on religious themes and imagery thanks to the bad guy of the season, a religious nut known as the Doomsday Killer, suspected to be an ex-university professor called James Gellar (Edward James Olmos) with the aid of one of his gullible ex-students, Travis Marshall (Colin Hanks), who picked their victims to reenact seven images that would pave the way to the end of the world.

In between all of these, we also have new forensic interns who will give more than one headache to our favorite perverted lab geek Masuka (C. S. Lee), conniving moves by Maria LaGuerta (Lauren Velez), and many things that would turn the world of Debra Morgan (Jennifer Carpenter) upside down. And that’s the problem with this season of Dexter, it seemed like it was all overtaken by guest stars this season or new characters (that will play bigger roles this coming season) with little to no consequence. This dynamic kicks our two bad guys of the season to the background, as mere things we have to have going on because all our characters work at Miami Metro.

While the show has good intent to develop Dexter by taking us back to The Trinity Killer and force-feed us all this religious talk, it seems that the point of the season was to finally build up Debra and her relationship with her not-a-brother instead. The problem with this is that once the psychologist points out the elephant in the room, all we’re able to see is the elephant for the last two episodes, until they spring that other elephant on us. It doesn’t bode well for the beginning of Season 7, since we’re going to have two elephants to look at from the get-go.

Giving one extra quarter of star for Jennifer Carpenter having to carry her fucked up storyline.