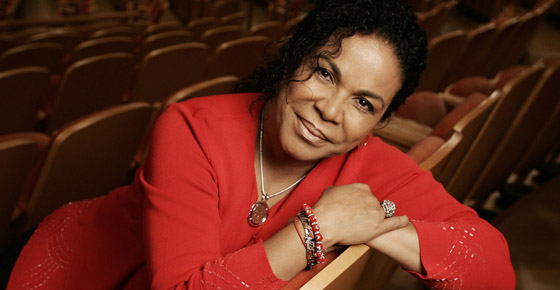 It was the night when Peruvian music warmed the cold streets of Stockholm. People inside the concert hall were standing up, dancing and clapping their hands raw. Eva Ayllón had arrived to Stockholm and with her, the joy that is Peruvian music. She delivered her most known and beloved hits, a rich repertoire of festejo, landó and criolla music. The crowd went ecstatic as they heard the songs they so often played at home from burned CDs live.

As an entertainer, Ms. Ayllón is a true delight, witty and funny as she engages with her audience; at the same time she is passionate and serious. She gives so much of herself on stage, she clearly has fun as she dances around, shakes her hips and gives out a large smile. You can sense that this person truly lives and breathes the art of music. It is when she starts singing that you are moved; that rich, deep voice manages to soar up in the hall and there is not one that is not left unaffected.

With the songs that many in the audience grew up to, a bit of Peru became very much alive inside each and everyone.