Greetings, my fellow geeks. This week, we continue to with the Iron Man 3 related news. But the rest of the Marvel Cinematic Universe has also been talked about a lot! And the other main franchises are not lazing around either, so we have a lot of geeky news this week! But let’s start with this:

Here’s a two-part long-ass interview with Jenni Powell, producer of The Lizzie Bennet Diaries. Also, according to their Tumblr, the series will end on March 28th with Episode 100.

Here’s some concept art of the creatures in Snow White and the Huntsman, which was some of the best parts of the movie. That and Charlize Theron’s wardrobe. 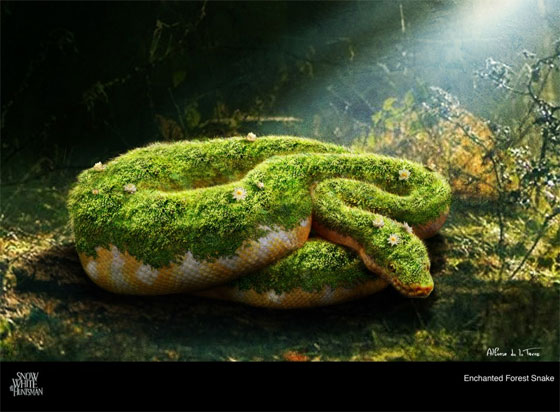 And here are some potential spoilers for after-credit scene in Iron Man 3 that would mean the events of the movie happen during or after Guardians of the Galaxy.

Omar Sy will be in X-Men: Days of Future Past according to Bryan Singer’s Twitter. Didn’t say what he is playing but I’m thinking Bishop. Can’t have a time-traveling story without Bishop, right?

Game of Thrones season 3 has an extended trailer, which shows us Paul Kay as Thoros and more dragon! This makes me happy.

Because I care about these things too much… The Hobbit: An Unexpected Journey finally got over $1 billion in worldwide box office sales. Get money, Bilbo!

Damn, the list of movies that inspired James Mangold while he was doing The Wolverine is quite impressive… and full of Samurai and cowboys. With that inspiration I will expect this movie is over 9000 times better than the last one.

So there was an interview with James Robinson, who’s currently working on DC Comics’ Earth 2, and he was the one who decided to make Alan Scott (the Green Lantern of Earth 2) gay… and LOL! Warner apparently doesn’t know there’s more than one human Green Lantern, and they were worried because they thought it meant the character in their movie would have been gay~

Geoff (Johns) had to go in and explain that there were lots of Green Lanterns, and this was just one of them.

El Mayimbe from Latino Review is totally sure Nolan is taking over DC movies, and he and Zack Snyder will team up again for Justice League. Also, Warner is hoping to bring back Christian Bale as Batman in said Justice League film.