Jose James – No Beginning No End 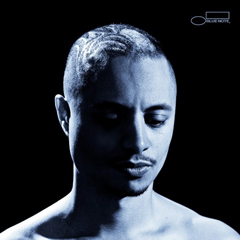 It’s at times like these I realize just how much music has been lacking in depth and nuance since the mid-90s. That decline in anything truly inspiring stretched all the way to the jazz world, the genre becoming nothing more than light Weather Channel fodder, elevator music, or a dull bit of fluff most now lump into the haggard dredge of “adult contemporary” or “smooth jazz.”

In comes José James, an artist from a newer school of youngsters who were brought up in the heavy beats and experimental grit of hip-hop. With his classical jazz background and a desire to push it beyond its somewhat elitist sphere, James released his sophomore effort No Beginning No End. The album is a smart mix of the brashness of hip-hop, the smoothness of “neo-soul,” and the intricate detail and musicianship of jazz.

More than just an incredible melding of genres, James’s album is just pure elegance. There’s something uniquely brilliant about it, something intangible. A listen through the album exposes the grander scope of the artist himself. He’s not just jazz, he’s R&B; not just R&B, he’s soul. The music itself is simple, unfettered by technology. The live recording hearkens back to an era in which artists were truly in their element surrounded by fellow musicians. James seems to relish the live atmosphere, slotting himself nicely between the drummer and pianist, the guitarist and the horns. You get the sense he wants everyone to feel as much a part of the recording experience as he was, feeling the guttural thump of the drum or the warbled coo of the organ.

What’s even more impressive is the simplicity of the lyrical content. Without attempting to write anything more than what he knows, the profundity of the lyrics lay in the way in which he manages to connect with his audience. James’s words seem to reach out, as if the man’s giving his hand, palm upward, to the listener and inviting her to take a seat next to him on his couch or at his dinner table.

All that, the brilliant musicianship, the homey lyrics, pales in comparison to the crushed blue tone of the man’s voice. He’s got a grit that’s astonishingly smooth, a thick and deep timbre that forces you to sway and feel as the breeze — almost dancing around the velvet notes of his imagination. His influences are almost obvious: a bit of Stevie Wonder (borrowing the smooth musical prose of You’ve Got It Bad Girl in song Vanguard) mixed with a healthy dose of Gil Scot Heron and a smattering of Curtis Mayfield and Bill Withers. However, that dark chocolate groove in his throat… it intoxicates, moves. It’s both soulfully soothing and body-achingly erotic, the emotions battling for purchase in the listener’s entire being. It’s this aspect of his artistry that seems to have pulled me in and continues to reach for me, almost begging to touch me and keep me in its grasp for as long as possible.

Listening to No Beginning No End is an experience, an adventure even. It takes you through time and space, elevates you to a plane out of mind and body. Such is the mark of not only true jazz, but honest to goodness music. The album is vivid in color, yet hushed and unassuming. It’s a gentle caress, a lover’s lips on the neck and a nibble at the earlobe. Truly, one of the most incredible listening experiences to come out of 2013… and it’s only the beginning of March!

You can listen to the album at Xiami and Spotify. You can buy the album on iTunes or at Amazon on vinyl, CD, or MP3.