The second Iron Man 3 trailer is here! And with the expected screengrabs, now suddenly everybody wants to talk about the movie~ 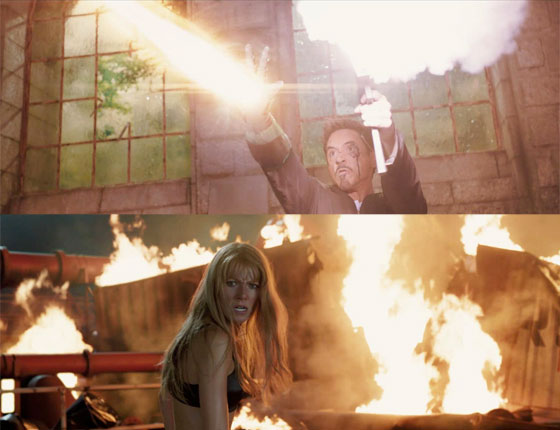 Apparently there was a long press day, where some lucky bastards got to watch 15 minutes of the movie and then got to interview RDJ who gets to talk about his feelings about Iron Man 3:

The funny thing is, Iron Man 3 is simultaneously a much smaller storytelling style, but it also feels just personally — because I’m not on the mountaintop with Thor and Loki in Cleveland — I mean New York — with Cap and Black Widow and Hawkeye and all that. I’m in every second of every action scene in this movie. I’ve never done so much action in my life. The scope feels really, really big.

Shane Black and Kevin Feige also got asked questions, but the main revelation for me is that Tony does not know Coulson is alive!

And so they asked the expected questions of why The Avengers don’t call each other for help. Kevin says:

The origins of Iron Man 3‘s The Mandarin are different than the classic comic book character. Yeah, that could be problematic, so the change makes sense. This is what Shane Black has got to say:

His nationality is not even clear because he is shrouded in secrecy. He has crafted himself in the manner of the Mandarin, of a warlord. And I think that’s great because you get to do the comic book but you don’t… have to deal with the specifics of Fu Manchu stereotyping. We’re not saying he’s Chinese, we’re saying he, in fact, draws a cloak around him of Chinese symbols and dragons because it represents his obsessions with Sun Tzu in various ancient arts of warfare that he studied.

And then both Collider and IGN talk about those 15 minutes of footage while trying to be not-so-spoilery… with mixed results.

In other Marvel related news, Joss Whedon says a Planet Hulk movie is “nonsense”. OK, I LOL’d. But I guess it is logical, Planet Hulk has very little Bruce Banner. Poor Mark Ruffalo!

The MTV Movie Awards nominations are here, and while I am sad about the lack of The Hobbit: An Unexpected Journey noms (only one for Martin Freeman), The Avengers gots lot of them, so yay! Tom Hiddleston was appropriately excited.

Benedict Cumberbatch and James McAvoy were starstruck by Sir Christopher Lee at the table read of Neverwhere. As they should be! But it is awesome to see they are just like us~

Lots of new Doctor Who stuff! Like new pictures from the new episode, the sad news that Freema Agyeman won’t be back for the 50th Anniversary Special, but she does want to be Martha Jones again, Gaiman’s episode will be awesome and Matt Smith loves cosplayers:

I love it when people dress up as the Doctor and Amy. I like all that – that is the spirit of the place and there is a freedom to be enthusiastic there, which is hugely enjoyable. That is what’s great about working in science fiction shows. 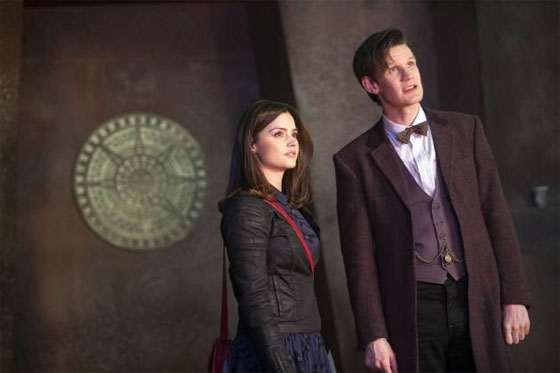