The Fangirly Diary of a Geek Girl: Doctors of Future Past

Greetings, my fellow geeks! This week we continue with the comicbook news, where geeks are still picking appart all the details of Thor: The Dark World. But, more importantly, we are getting a lot of awesome Doctor Who stuff because “The Day of the Doctor” is near! But first, this is how the week started:

And it started with a chokeful of Marvel stuff. First, here’s the preview of Thor: God of Thunder #15 where there is Malekith like in Thor: The Dark World, but the plot is quite different and there’s fairies and all sorts of mythical creatures! 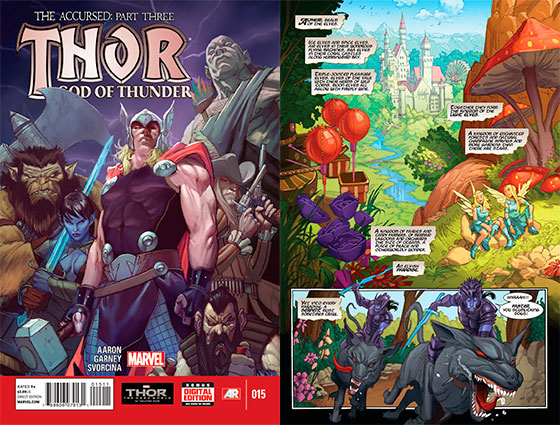 Also, did you know the important part of Thor: The Dark World, that is Thor and Loki’s relationship dynamic of course, was totally Tom Hiddleston’s idea?

I remember saying to Kevin and Chris as well, “Loki and Thor have been antagonists for two films. We can’t do that again. Wouldn’t it be amazing if they fought side by side for whatever reason in whatever complicated allegiance? It would still be great if somehow they had to overcome their differences and fight a common enemy? There’d be a lot of drama and tension and comedy that could come out of that thing.” [Kevin] agreed.

Here’s those last minutes of that movie explained if you failed to catch the hints, and also stuff about the after credit scenes, and what they mean for Guardians of the Galaxy and a possible Thor 3 respectively.

On the subject of after credit scenes, here’s Alan Taylor apologising for saying he was “happy to give the credit away” about the first after one. James Gunn acknowledged said apology and said Taylor was a “good guy”. LOL, aw. Well, I did think that after credit scene didn’t look that good and I only liked it for the implications it had for Guardians of the Galaxy and future Marvel movies (possibly The Avengers 3), but now knowing it was shot in two hours, I’ll give it kudos.

Kevin Feige was talking to Nerdist in a podcast, and he commented about many Marvel projects. Here’s a partial transcript that has, among other things, his comments on continuity and changing comic canon for the better of the MCU… yes, this is about Ultron not being created by Hank Pym/Ant-Man in The Avengers 2:

We have to be true to our own continuity. So certainly in the case of Ultron, there are a few characters in the franchise who it would make sense to have been involved in that creation [rather] than introducing a new character out of nowhere to come and do it. And Edgar [Wright] already has certain ideas in place for the [Ant-Man] characters, going back to Comic-Con 2006 that we wanted to maintain.

The Warcraft movie has a presentation at BlizzCon 2013. Director Duncan Jones was there and we were promised equals amounts of time for Orcs and Humans so yay! Here’s the concept art of Draenor and Stormwind: 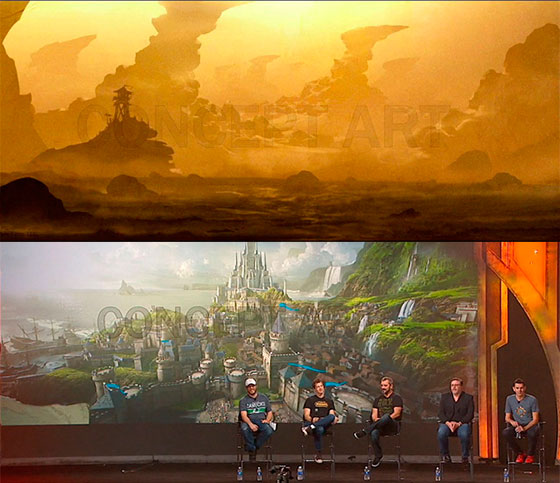 These lucky bastards at the OneRing.net keep rubbing in my face that they saw The Hobbit: The Desolation of Smaug footage on The Hobbit Fan Event and I didn’t. Still, here are their 13 favourite things~ I want this movie in my life now, dammit.

Box office news! Thor: The Dark World is slaying all over the place. And nobody is surprised! Over $300 millions worldwide and $86 million in the US! Get that money! Here’s an analysis that also comments that Gravity passed their $230 million mark.

Here’s Tom Hiddleston comparing Loki to many Shakespeare characters, because he loves both subjects as much as I do~

The BAFTA-LA Britannia Awards happened on Saturday and since all the winners were known beforehand it was a very relaxed affair~ Here are some of the highlights. And a personal favourite picture of Benedict Cumberbatch’s face when talking with George Clooney (both received awards). 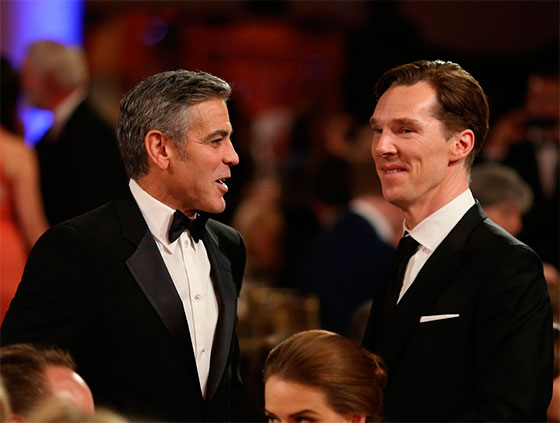