So, the Man of Steel newest trailer premiered and it’s awesome. Here are the best moments according to Total Film.

Here we have more reactions to Iron Man 3 and most of them are so good! Also RDJ et al at London, UK, in the next stop of Iron Man 3 tour! RDJ can be such a dork with the missus and the fans~ 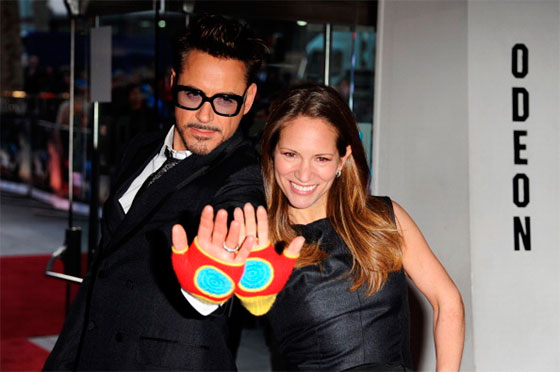 In the press conference, Director Shane Black also talks about the challenges of doing what is actually the fourth installment in Iron Man adventures (with The Avengers being the third movie with Iron Man)

I think that when you do anything that has a number three after it you have to just ask yourself, ‘How can we pretend that this was supposed to happen anyway? What’s the story left to tell that makes it seem in retrospect like it was just waiting to get itself told?’ I think finding the things you like about Iron Man that haven’t been mined yet and trying to include them in such a way that…you know, it’s weird because it’s not a trilogy. There’s another movie called The Avengers that sits in the middle so it’s almost like a trilogy and then us. It was weird. He saves the world, he perfects his technology and Iron Man has sort of emerged as this global superhero. So, looking for the things that haven’t been explored yet, trying to find something different.

Mark Ruffalo knows all about science-bros and it’s adorable about it. Still, the fourth wall is totally non-existant nowadays, isn’t it?

I endorse it 100 percent. You know what it is? It’s open-source creativity. I’m going to call [Robert Downey Jr.] and tell him, and he’s going to laugh his ass off. He’ll love that. 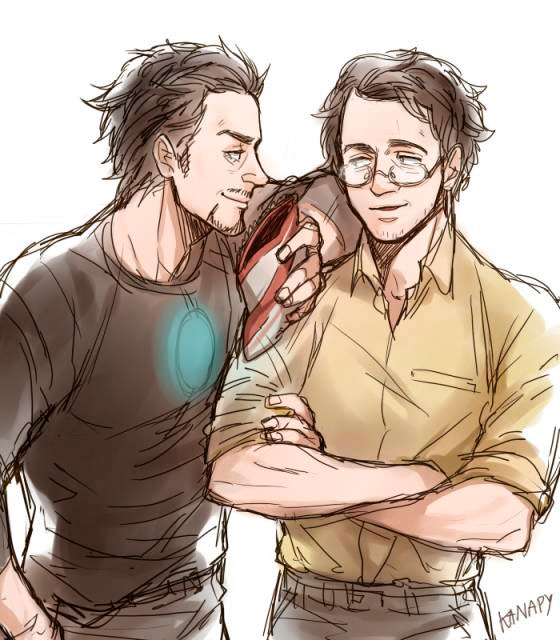 I wonder if they would be as enthusiastic and giggly in they saw the NSFW ones?

Yay! Tom Hiddleston got a new role! As war photographer Robert Capa in a biopic called, well, Capa. Hiddles also plan to do a lot of homework on Capa.

I look at [Capa’s] life and see it in heroic terms. A Hungarian kicked out of Hungary for writing against Fascism, he moved to Germany where he was kicked out for being Jewish, then he moved to France and from there began a life-long commitment to make a stand against forces of fascism.

Homeboy doesn’t look much like Capa, but I don’t watch biopics to see a bunch of look-alikes~ Anyway, here’s Tom in a video from Flaunt Magazine being all pretty in black and white.

Here’s the complete interview with SFX that Benedict had some time ago, and we’ve been getting snippets. Here he talks a lot about Star Trek Into Darkness and specially his character.

He’s a homegrown terrorist. He’s someone who has an inordinate amount of skill with close-hand combat and weaponry but also as a psychological terrorist he’s someone who can plant an idea that’s as vicious as a bomb and explode loyalties and expose relationships and try and turn people against one another to do his bidding. He really disrupts the unity aboard the ship, both physically and mentally. And he’s a worthy adversary – there’s a lot of shadowplay going on with him and Kirk and Spock, Kirk primarily, but both of those characters – he knows how to manipulate them.

Posh Alien Prince and Hiddles have this unique abbility to give the most wordy answers to rather simple questions. Must be their public schoolboy selves.

Here we have Matt Smith and David Tennant together on the set of Doctor Who. I may have screamed a little. Ok, a lot. 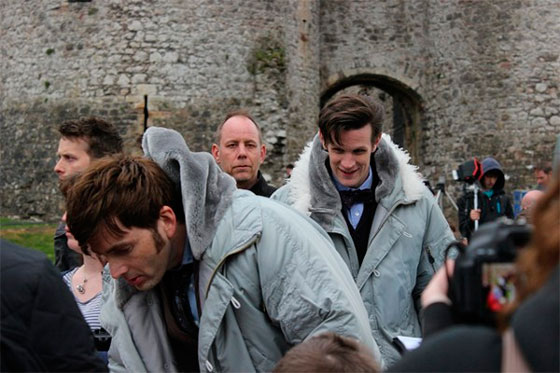 So Davinci’s Demons get a second season. Yep, that historical fantasy show where random dudes are gay but not Leonardo. Yay, I guess. I just hope they make time to actually make Leonardo at least bisexual~ But, ok, it’s a fun pseudo-historical steampunk-like series.

In surprising news, damn, they want to revive Heroes! You know, that awesome sci-fi series about people with powers who got sorta ruined by the writer strike. The idea is “new stories and heroes, while mixing in cameos from the original series’ cast”. Depending how they handle this, I could get behind this!

Double damn! Disney plans to release a Star Wars movie each freaking year starting on 2015! We get the new trilogy in 2015, 2017 and 2019, and then we get standalone films that apparently will be released in between these trilogy movies. Wow.