Here we have even more images from Sherlock. They look very spoilery, because hey Andrew Scott! Didn’t your character died last season… and what are you doing with him? Well, they are certainly refilming The Fall. And Martin Freeman is also there, as John Watson gets hypnotised by actual psychological illusionist Derren Brown. Mmmm. Interesting.

Jamie Foxx as Electro looks interesting and kinda creepy in The Amazing Spider-Man 2. That’s good for a villain, right? It is definitely a sight better than what Electro usually looks like in the comicbooks! 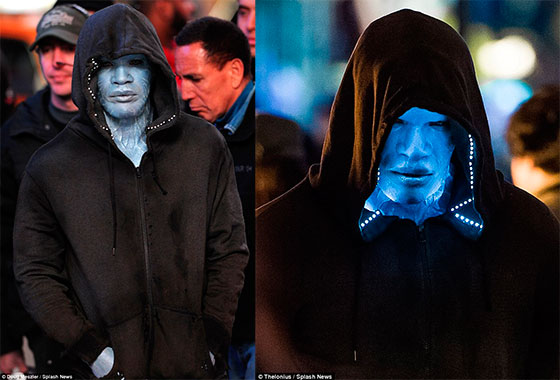 A couple of Michael Bay movies casting news. First we have Stanley Tucci in Transformer 4, and then Danny Woodburn as Master Splinter in Ninja Turtles.

On other casting news, Michael Rooker (a.k.a. as the late Merle in The Walking Dead) will be in Guardians of the Galaxy as Yondu, who is a game hunter native to Centauri IV. 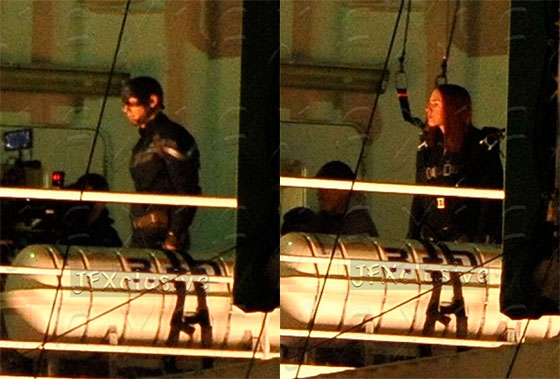 Continuing the theme, Anthonie Mackie talks about staying in shape for the role of Captain America’s other BFF, Falcon. He also talks sense about why everybody wants to be franchise movies now, when some time ago everybody scoffed at them. Specially ones so popular like Marvel’s

I mean, you know, you do the Marvel movies to garner you the ability to do the movies that you really want to do – the other movies, the smaller movies, you know. So it depends on what exactly you want to do. You know, doing a movie like Captain America – that puts your name in the mouth of everyone in this country and in the living room of everybody so, you know, once that comes out then you can go to the studio and tell them the kind of movie you really want to do.

RDJ is a GQ mofo and gives them a huge interview about the state of his life and his career. Damn, there was a point where Marvel was all “under no circumstances are we prepared to hire him for any price.” But, did RDJ give up? Hale naw! He persevered and now dude got paycheck of $50 million bucks from The Avengers and now he’s ‘a strategic cost.’ He’s also very aware his nearing 50, and he won’t be doing superhero movies forever:

Here’s the thing. At whatever point I’m done with this, I’m going to have a bit of a crisis, because I probably haven’t even fully ingested how much I’ve enjoyed it, how much it’s meant. It so came out of kind of relative obscurity as this second-tier character from the Marvel universe, and I feel I was part of making it something more. But it also to me was just good filmmaking. […] And I know one thing, which is that there is no guarantee that doing a movie you think is ‘important’ isn’t going to be the worst piece of tripe I’ve ever had to sit through. Or that this kind of two-dimensional genre movie I’m doing isn’t actually going to be thoroughly entertaining. Isn’t that why you went to the movies to begin with?

When he decides to stop being Iron Man, I’m gonna miss him. Talking about that, here’s a new featurette about Tony Stark and his armors~

Hiddles does a photoshoot with model Cara Delevigne for Vogue. I like the pictures even if the script is giving me second-hand embarrasment. Come on, Vogue! I’ve read better written fanfiction from 15-year-old girls! 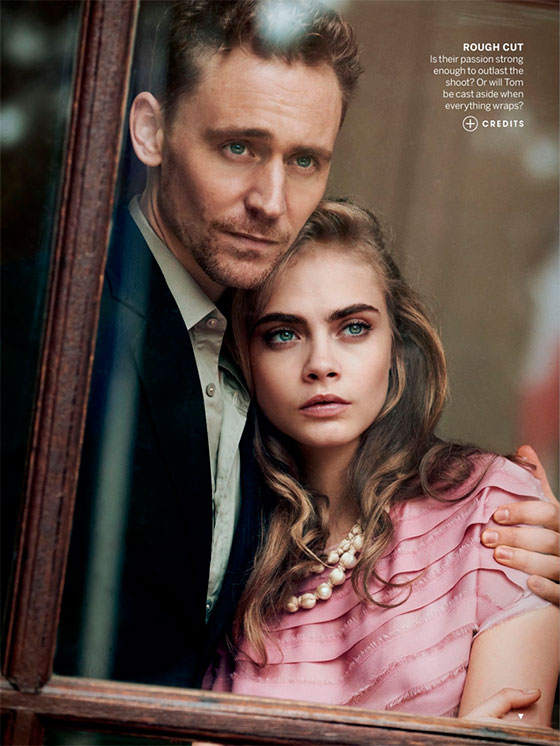 Concerning his nomination (and actual winning) for Best Villain at the MTV Movie Awards, Hiddles talks about the Brits being the baddies in blockbuster movies~

I was talking about it with my friend Benedict, who is the villain in the new Star Trek film and we were laughing about it. It’s as if there is a long line of British actors who have appeared in big American films as the bad guy. I think it all started with James Mason.

Although, he says that “British actors are more heroic than you think” regarding Henry Cavill, Christian Bale and Andrew Garfield as Superman, Batman and Spider-Man respectively.