Greetings, my fellow geeks! I’m on time this week! And we still get lots of comicbook news, but most importantly (for me), pictures of Tom Hiddleston on the set of Guillermo Del Toro’s Crimson Peak! Here’s how the week started:

Let’s start with the best of news! Robert Downey Jr. has got a Twitter account. Finally! And his first post was a picture to prove he was the real deal! He already has over a million followers because that’s how he rolls! 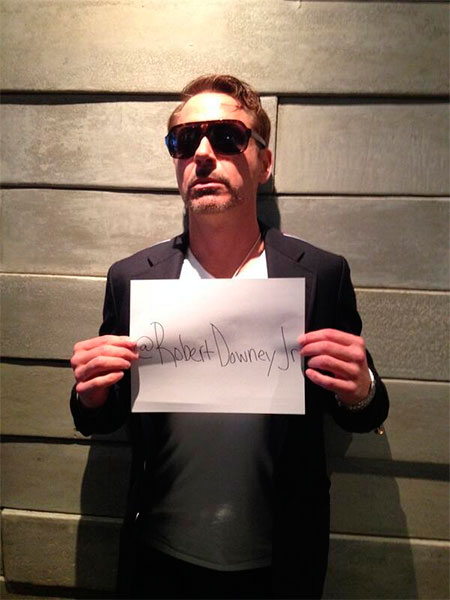 So director James Gunn said Guardians of the Galaxy is “definitely connected to Avengers 3.” Yep, Phase 3 is totally gonna be about Thanos… finally! Also, those Guardians? Totally the Sex Pistols, according to Zoe Saldana.

We’re the Sex Pistols. We’re the renegades. We’ll come in drunk, we’ll save the day, but check your wallet — we might have taken it.

Also, Karen Gillan might not be Star Wars, but her hair totally is! I wonder if she should put her into her resume?

Marvel are the best company to work for, they really are. They treat you really well. They made my hair into the most incredible well-made wig and they gave it to the Star Wars people. It’s just so funny to think that my hair is made into a wig, next to all these Star Wars monster heads in a warehouse. I thought that was really funny.

On not so great news… for those of us delusional that it could still happen, Benedict Cumberbatch said in Oz Comic-Con that he won’t be in Doctor Who or Star Wars and stop asking dammit.

This week we had three AMA on Reddit, and the first one was with none other than James Cameron, who said Arnold Schwarzenegger aint’t going to be a villain in his Avatar movies as certain rumor claimed. Also, those scripts are nearly ready!

We should be finished with all three scripts within the next, I would say, six weeks….The biggest pressure I feel right now is cutting out things – I love to get the film down to a length that is affordable. There hasn’t been a problem finding new and wonderful things to include in the movie.

You know Kung Fu? That 70s series with David Carradine? Well, guess who is going to direct the big screen version! Baz Luhrmann! Maybe. If those deals with Legendary Pictures come to fruition anyway~ Yeah, nobody asked for that, but hey, maybe we could get an actual Chinese dude for the part!

Here are the winners of this year’s MTV Movie Awards~ The Hunger Games: Catching Fire is the big winner, getting Movie of the year and both female and male perfomances for District 12’s tributes! Congrats on the popcorn Jennifer Lawrence and Josh Hutcherson!

Here’s a bunch of pictures of Angelina Jolie and her epic cheekbones in Maleficent~ BTW, those CGI fairies still look damn creepy! 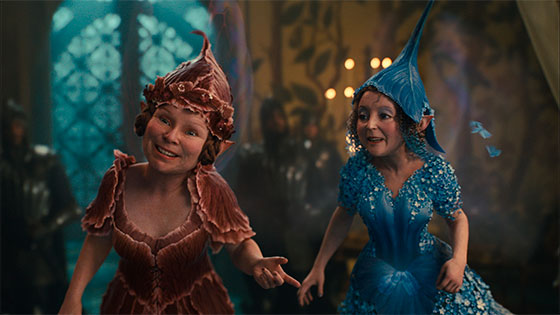 Also, guess who is still on top of the box office? Damn right, Captain America: The Winter Soldier! Sorry, Rio 2, but no dancing birds are going to win over that Star Spangled Man (with a Plan!). It also has made a total $476.7m worldwide! Yep, it’s the highest-grossing movie of 2014 (so far!) and showing everyone that Marvel practically prints money~

There is talk that a pickup for Agent Carter may come along with a renewal for Marvel’s freshman Agents of S.H.I.E.L.D., with the new series possibly serving as a bridge between the fall and spring portions of S.H.I.E.L.D.

Here’s an interview Jack Gleeson and what will happen in today’s Game of Thrones episode~ Kid did his homework and totally knew what he was walking into when he accepted the part.

I knew from Day 1. When I got the part, I read the first book. And before that, I Googled the character summaries. 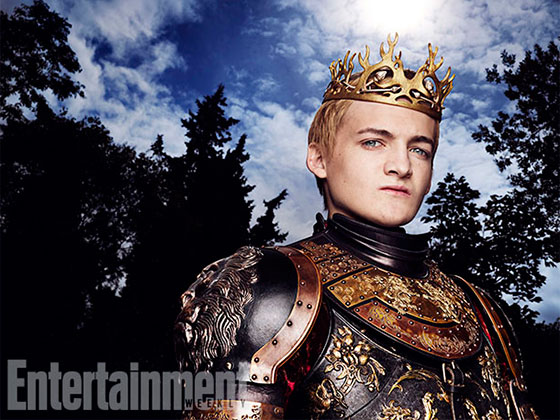