A Personal Look at the TCM Classic Film Festival 2014

The start of my 4th year at the TCM Classic Film Festival – or as Patton Oswalt so beautifully put it, “Coachella for shut-ins” – actually started a day before the festival began. 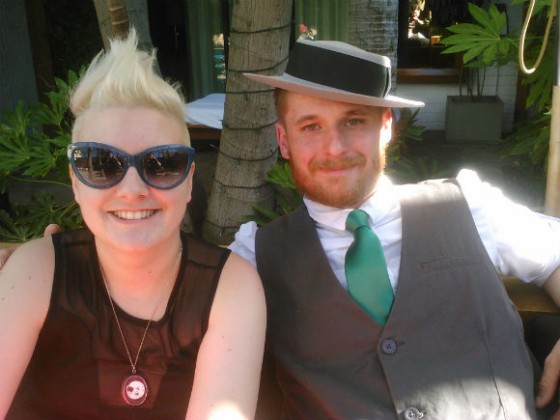 Poolside at the Hollywood Roosevel with Trevor

Even though I am now a Los Angeles local, I live in the Valley, so I still decided to spend the entire festival staying in a hotel (you try driving the 101 home after a midnight screening!). After checking in, some friends: Trevor (@tpjost) from Kansas, Kristen (@salesonfilm) another local, Kyle (@TyleKurner) who was on the West coast for the first time in his life and Jessica (@hollywoodcomet) from North Carolina, lounged poolside for a few hours before heading to the first TCM sponsored event at a bar called Sadie’s. There I met so many classic film bloggers it would take a decade to find all their Twitter handles. 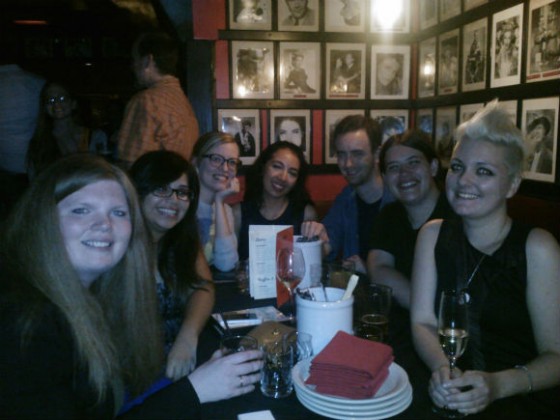 My second-annual pre-TCM party at the Formosa Cafe

I had to leave that event a little early to motor down to the Formosa Cafe, where I co-hosted a party with Warner Archive Collection (@warnerarchive). Free drinks were had and free DVDs dispersed. Among the notable attendees were Eric Di Bernardo from Rialto Pictures and Film Editor for the New York Post Lou Lumenick (@loulumenick).