Remember Bee and Puppycat? That adorable magical girl homage who was a extremily successful web series Kickstarter campaign? Now it’s also a comicbook! Issue #1 will hit the stores on May 14th and is being co-written by the series creator Natasha Allegri and Garrett Jackson! Here’s the cover done by Allegri, as well as an variant cover by Becky Dreistadt~ 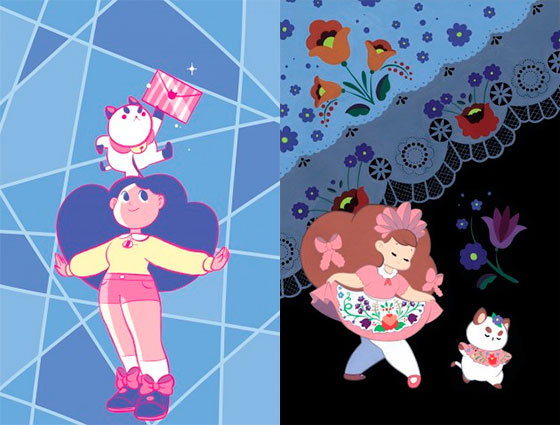 Here’s a behind the scenes video of Guardians of the Galaxy, and it looks awesome! New footage and enthusiastic actors inside!

That Sinister Six movie they wanna make? It may not even be the ‘classic’ line-up! Why? Because Spider-Man producers Avi Arad and Matt Tolmach hate us, that’s why!

Nothing is sacred. I mean it’s going to be the best Six that you can imagine, but it’s going to make sense in the world that we’re building.

Yeah, so Channing Tatum insists on being Gambit, and now has met with X-Men producer Lauren Shuler Donner and is already working on an accent. You know what, fine! I know he’s your fav, Channing, go follow your dreams and whatever. I still don’t think you are the one tho!

I met with Lauren Shuler Donner. And I would love it. Gambit is really the only X-Man I’ve ever loved. I mean I’ve loved them all, they’re all great, but I guess from being down south – my dad’s from Louisiana, I’m from Mississippi, Alabama, Florida – I don’t know. I just related to him. […] I hope it [comes together]. You never know it’s a weird industry. If the stars align, I would die to play it. I’m already working on the accent. It’s crappy at the moment.

Elizabeth Olsen has been nerding it up, reading comics about Scarlet Witch even if they are not relevant to Avengers: Age of Ultron. ‘Atta girl!

The most recent thing I learned – I don’t even know if it has anything [to do with the film], it’s just fun to read these comics – it’s just so fun! Like, she’s a ‘nexus,’ like she’s the only human being from this universe who can communicate with paranormal things and the past and the future and other universes; like to me that’s pretty incredible! [Laughs] Like just thinking about that is amazing! To touch things and know where they’ve been, that’s crazy!

Finally, today we see that Anthony Mackie is perfection and speaks the total truth!

Scarlett [Johansson] does great representation for all the other girls, but there should be a Wonder Woman movie. I don’t care if they make 20 bucks, if there’s a movie you’re gonna lose money on, make it Wonder Woman. You know what I mean, ’cause little girls deserve that.

We have two Hiddles news today, first Mark Gatiss is a huge tease and said that “Tom Hiddleston would be wonderful in Sherlock”. Shut up, Mark Gatiss, this is tumblr baiting and I won’t stand for it!

I’ll ask him if you like. Well it’s an internet rumour so it must be true. We might as well just wait and see what happens.

And I finally get to see Tom Hiddleston in his period clothes for Crimson Peak. Dude rocks the Snape Jr. look! So, if his rocking a black wig again, does that mean Jessica Chastain will too? They are supposed to be brother and sister, right? In contrast both Mia Wasikowska and Charlie Hunnam wear earth colors~ 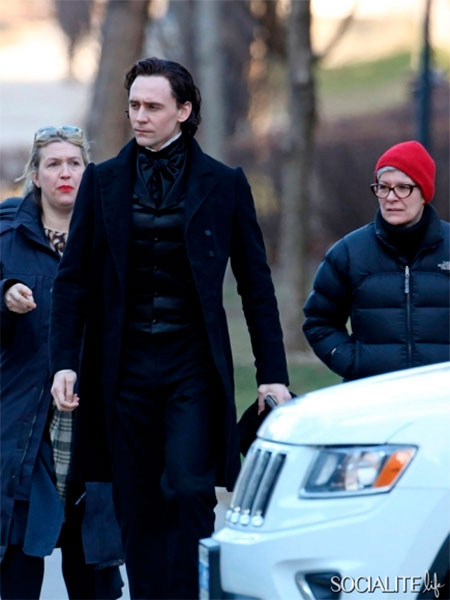 Martin Freeman debuted yesterday in Fargo with Billy Bob Thornton. Yes, it is based on the movie by the Coen Brothers. And it was awesome! Such a good pilot! And the Twitter users seems to agree with me. Both Martin and Billy Bob were excellent! Even if I am still not sure about Martin’s American accent~

Also, here’s an interview with Martin Freeman about his character Lester Nygaard and THAT scene that happened with his wife. Yes, SPOILERS in that link!

I think at first he’s kind of like Walter White — all of his actions are out of necessity. It’s like a wounded animal, a hunted animal, and then actually he starts to get good at it and enjoy it. You see that in the run of the 10 episodes, that the impetus changes from just survival, like, “I’m just doing the absolute bare minimum of what I need to do to survive,” to he starts slightly going out of his way [to perpetuate his lies]. And he gets good at it, and he starts to become more of a game player — and that’s f—ing great to play.