Here’s a nice article of the Sherlock collector dolls. I’m loving all the details and tiny accesories! And we get a hinted promise of Mycroft and Moriarty too! I’m just sad they are damn expensive and practically sold out too! 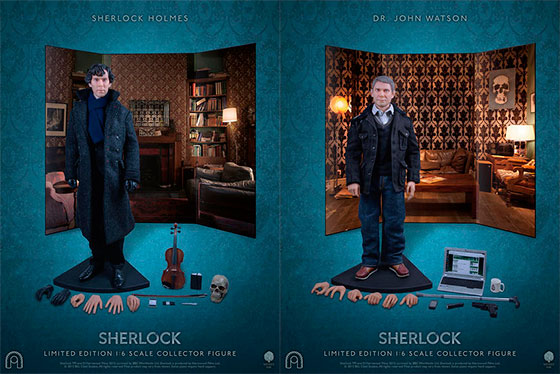 Also, rumor has it that Benny Batch may play Ian Fleming! The movie would be an adaptation of a biography written Andrew Lycett in 2009. It details Fleming’s experiences in WWII where he found inspiration for the character. Guess more period characters for Benedict’s future if it actually happens! Man, both Ben and Tom have problems managing to get gigs in “normal” movies~

Here’s an image of a new DreamWorks animated feature: Home. It has it cons and pros. On one hand I’m not sure yet about the design of the alien dude but on the other yay for a girl of color as a protagonist! Then there’s Rihanna as a voice actor, not sure if want. But hey, the future is not full of white people! 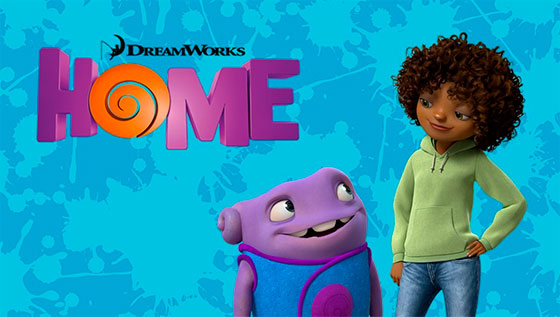 BTW, here’ s a prequel short, and the synopsis:

When Earth is taken over by the overly-confident Boov, an alien race in search of a new place to call home, all humans are promptly relocated, while the Boov get busy efficiently reorganizing the planet. But when one resourceful girl, Tip, (Rihanna) manages to avoid capture, she finds herself the accidental accomplice of a banished Boov by the name of Oh (Jim Parsons). Equally stubborn and set in their ways, these two fugitives realize there’s a lot more at stake than intergalactic relations as they embark on the road trip of a lifetime. Good thing they have a flying car.

Rumor has it that the guys who are currently working on the third Star Trek film could also be working in a Flash Gordon reboot. What the hell, Hollywood? Didn’t you learn with poor John Carter? Anyway, this is the goal of those dudes:

Their take on Flash Gordon is apparently (predictably) to rescue him from his current reputation as something stupid but much loved (see Sam Jones’ recent turn in Ted), and restore his reputation as a more serious adventurer.

A couple of Game of Thrones-related news! First, an excerpt from World of Ice and Fire (a guide to Westeros written by George R.R. Martin himself). The excerpt deals with Aegon the Conqueror and his conquest of Westeros. Also, has an illustration of his fucking huge dragon. Damn, if Daenerys actually manages to keep her dragons, girl will be an unstoppable force!

Second news is Peter Dinklage doing an AMA on Reddit, and answering interesting questions about Game of Thrones, X-Men: Days of Future Past and his hair! But more importantly, dude wants to go to Peru and it’s the only definite thing on his bucket list. Oh yes!

Question: What are the top 5 things on your bucket list? Answer: Really? I’m not that old guys! Hmm, maybe go to Peru as my #1…I heard that’s incredible. I’m taking suggestions for 2 through 5.

You know the rumors that they want to rename The Hobbit: There and Back Again and call it The Hobbit: Into the Fire, which I do not want? Here’s a list of other names they could use for the last Hobbit movie, not! I’m partial to The Hobbit: The Beorn Ultimatum and the posted suggestion of The Hobbit: Breaking Bard~

Yeah, remember that thing about Spider-Man and X-Men hopes that they could be together after that sorta cooperation with the X-Men: Days of Future Past post-credits tease at the end of The Amazing Spider-Man 2? And maybe we could get future cooperations with The Avengers and stuff? LOL no, say Spider-Man producers Avi Arad and Matt Tolmach.

We really feel very confident that we have so much to do […] Peter Parker is unique; he’s really different. He’s not an Avenger. He’s not an X-Man. He’s unique and we revere that.

Allow me to differ, Mr. Arad Sure, Peter Parker is unique but he IS a damn Avenger dammit. F*ck you and Sony! And Fox too! Give it all back to Marvel please!