OMG! Paul Bettany will be Vision in The Avengers: Age of Ultron! OMG I am already having these Tony feels! JARVIS! NOOOO! But he cannot say more because “there might be a Marvel agent in the room who will actually wrestle me to the ground and fire me”. So, how does it feel to actually do something for Marvel, instead of being a deadpan yet snarky AI with not face or body?

Everything’s a double-edged sword, because I was playing J.A.R.V.I.S. for years. My job was I would turn up at a recording studio for 45 minutes, do all my stuff, they would give me a huge bag of cash and then I’d go home. Now, it turns out they’ve found me out and they want me to actually, you know, do something!

Any time they give us a call sheet or any time there’s a new draft, they have to shred our old papers. […] I don’t think I’m allowed to say anything! And I’m too terrified.

Damn right, you shouldn’t! Paul and Elizabeth are aware of those Marvel snipers! 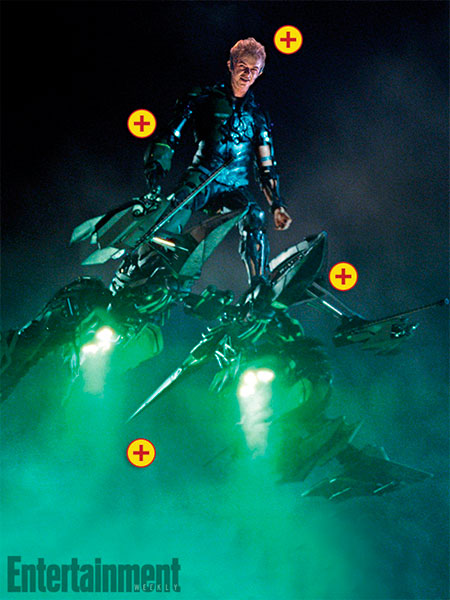 When you look at yourself in the mirror and you’re in the suit and full-on Goblin makeup? You feel like a badass. I look at myself and think, ‘Hell, yeah, I’m the Green Goblin! Let’s go do this.

And BTW, what do Spider-Man producers Avi Arad and Matt Tolmach have to say about the possibility of having Carnage in the Venom movie? Just that it’s a “great idea” and they a “taking it into consideration”. Those sh*theads!

The new Godzilla posters look great and inspired in the Japanese flag. Guess Godzilla wanted to celebrate his heritage! 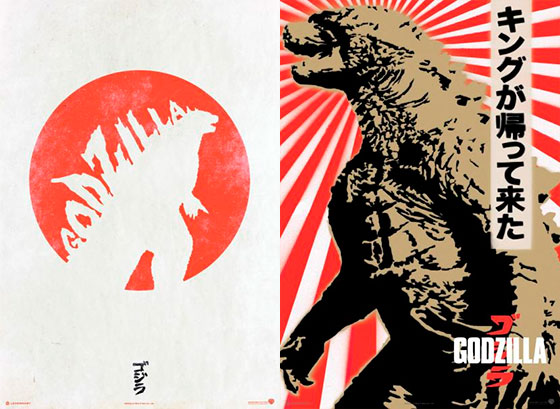 Here’s Andy Serkis talking about Dawn of the Planet of the Apes. He pretty much spoils a lot of the ape community, about Ceasar and those annoying humans. Dude even has a little family on his own~

So Caesar in this story has a partner called Cornelia and they’ve been together for some time. They have a son called River, who’s about fifteen in human years, and then during the course of the story, very early on in the story, his wife gives birth to an infant. So it’s very much the beginning of the new generation.

That poor Die Hard franchise has been run to the ground in my opinion. That last movie was not so good. Like at all. But this being Hollywood, they want another movie, and rumor has it that Samuel L. Jackson could come back with his character Zeus Carver from Die Hard with a Vengeance Die Hard 3, FYI) for the sixth movie.

The second AMA for Reddit of the week comes courtesy of Harrison Ford! To the question of “Who shot first, Han or Greedo?”, we got a “I don’t know and I don’t care.” YAS! He was such an old grumpy bastard. I love it! We did get a better answer reggarding the possible Blade Runner sequel tho!

I’m quite curious and excited about seeing a new script for Blade Runner if in fact the opportunity would exist to do another, if it’s a good script I would be very anxious to work with Ridley Scott again, he’s a very talented and passionate filmmaker. And I think it would be very interesting to revisit the character.

Here are the first official images of the Lupin III live action characters. Here specifically have Shun Oguri as Lupin and Meisa Kuroki as Fujiko Mine. The movie will premiere in Japan on August 30th. 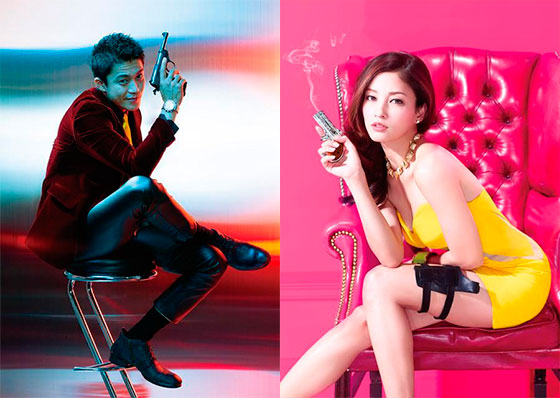 Let’s check some if the reactions for last night’s Game of Thrones episode. First, the cast members who will miss Jack Gleeson, because dude was loved by all for his charming and funny dispositions. “He’s not like one of those method actors,” claims Sophie Turner A.K.A. Sansa Stark~

And while heartbreaking, we have another kind of reactions, and those are the hilarious fan reactions! Like this one~

It was really sweet how choked up Joffrey got at his wedding. #GameOfThrones

Finally, let me remind you why Finland is awesome… and one of the reasons is Tom of Finland, “beyond question the most influential creator of gay pornographic illustration”, whose art will now appear in stamps in that awesome country. Yep, Finnish people are getting very homoerotic stamps. Lucky bastards~