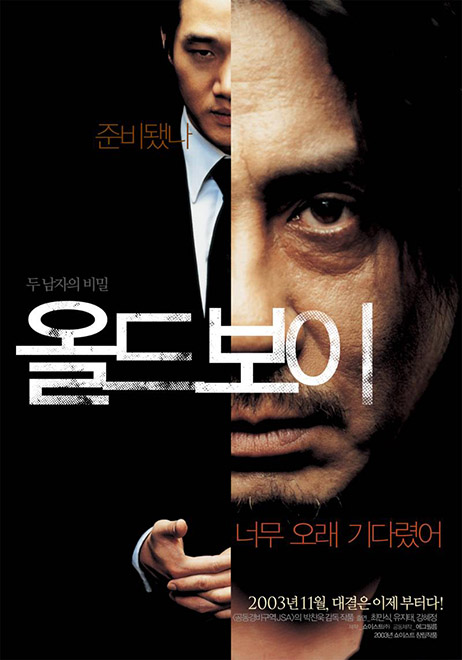 Just when I thought I’d never actually see a film that could top Audition, in comes director Park Chan-wook and legend Choi Min-sik. Oldboy was so harrowing, the emotional depth so powerful, after I watched it I was left utterly speechless. There’s nothing quite like a revenge tale, and the revenge in this film is so exacting you can’t help but find yourself completely immersed in how it all plays out.

There really aren’t enough words or even the proper ones to describe just how much I adore this film. It’s become one of my favorite films of all time, despite having to watch it in doses because of just how brutal it is. It skips on the overall gore to deliver exceptional storytelling and the type of violence that makes you a bit uncomfortable in your skin, though not necessarily squeamish from the after effects. You’re left totally enthralled and incapable of drawing your eyes away from the screen. On Bravo’s 100 Scariest Movie Moments, Eli Roth commented about just how powerful an effect this horror/suspense masterpiece had on him, and though I don’t often agree with him, I can say with absolute conviction that Oldboy is one of those films that after I watched it I couldn’t speak.