So if we talk a little about your background. Before you started rapping, you were the CEO and producer of Corporate Thugs Entertainment. Why did you choose to start in that direction instead of starting with music right away?

Yeah, you know, all my artists got edited, and like two of them got killed, and the last one got convicted of a murder charge. So I was just stuck with all this equipment, and all this stuff I had invested all my time and money in, and then I was like, “Shit.” It was like either I go into the booth, or I would call it quits… and I ain’t no quitter. So I got in the booth. I was the one pushing them anyway so. They wanted to go to clubs and I was like, “If I was an artist, fuck the clubs. I want to stay in because if you stay in the studio, you put more music out.” And that was just my whole shit.

Is that career something you might go back to?

Yeah. You see, now I got CTE World, the magazine.  I’m a new member of the family of Prada with Freddy Gibbs. He is about to do big things. And I got a couple of things in the works. But yeah, I might do that. The crazy shit is that I can look at someone else’s career and tell them what they should and should not do, but not let them look at mine because I’m such a perfectionist. I can look at someone else’s and say do that, that, that. But with my own, I want it to be perfect.  You know, I have never played a video game, but if I ever picked up one, I would be a professional. 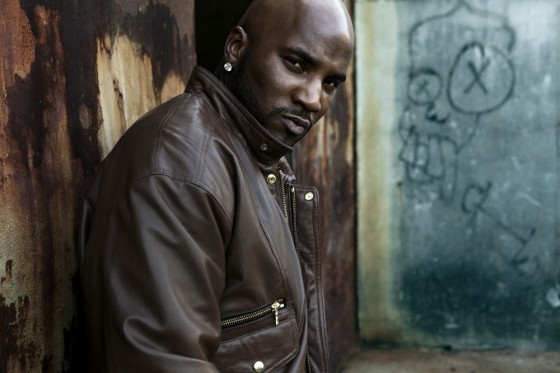 [Laugh] Yeah, because I read somewhere that you called yourself the Michael Jackson of your lane, is that true?

[Laugh] For real. I mean that in the sense of when you compare someone, you can compare them to Big (Notorious Big), Tupac, Jay-Z. I mean, who can you compare Jeezy to? You can’t even compare Michael Jackson to Prince. They are two different people! Michael Jackson is Michael Jackson. You got to love Prince, he does his thing, but there is a difference. So they can’t compare me either. I’m the last of my kind. I take pride in that.

But you are not going to start with holograms and stuff, right?

[Smiling] I don’t know. Somebody have to kill me first. [Everybody laughing]

But maybe you can do it as the first one doing it while still alive?

Yeah, but the hologram made a real statement in my heart. I don’t think they should take it on tour and shit because that would be whack. But the game, is SO fucked up, that motherfuckas still remember the impact that Tupac had because he didn’t give a fuck and he didn’t play by the rules, kind of like myself. He didn’t look at it as a rap game. He looked at it as life, as war, you know. And for somebody who didn’t give a fuck so much that you want to bring them BACK… that’s just…

So you think that Tupac would have a problem with being brought back as a hologram?

Nah, not at all. He always wanted to be remembered, I mean, for that day though. And for me as a fan, I wish I could have been there to see that show and to see him one more time. But one time is enough. That had to be a fucking experience, you know? Not to disrespect, but that’s like saying to a religious motherfucka that Jesus would come back. Not to compare those two, but people love that man. And to see him come back and see him walk across that stage, you just get that feeling, “What if he was here, though?

But still, both you and Tupac are against commercialism in music. Don’t you feel that it would be kind of strange to have your hologram there?

You know, if I would ever pass, I would think that was the best form of respect that you can give somebody. I mean, I can’t remember the last time they ever said something to remember Tupac on TV or whatever. So I think it’s good that they did that. But I feel that this is it, though. I don’t think that they should do it again because that would be fucked up…and you don’t want to fuck with Tupac fans because they will fuck you up! [Everybody laughs]

But maybe we should stop talking about your passing.

[Laughing] Its cool. I don’t give a fuck.