You had a rough past. Do you believe that is important to become a popular street rapper?

Of course! You know, I don’t see myself as a street rapper. Some of my friends call me a “Urban Philosopher”. That has a nice ring to it, right?

Yeah, nah. But I feel it’s important because when you do this, it come a time when you have to ask yourself, “Am I really this nigga?” The lucky thing for me is that I have endured it, lived it, tasted it, smelt it, touched it, felt it. When you ask about Jeezy and my hood, niggas have so many stories about what I have done, why I did it, how I used to drive before this, how I lived, what I have always done. You know, that shit means something when you get to this point in the game. And there are so many doubters who listen to me and ask, “Why isn’t he locked up?”

And why is that?

So that’s important to me because that’s what I thrive for. I know that’s what I come out of, and I don’t want to go back, so I got to represent. It’s almost like coming from high school or college and playing football and being the only one who everybody is depending on and telling you to go pro and motherfuckers who love you want to see you win because they know where you came from. 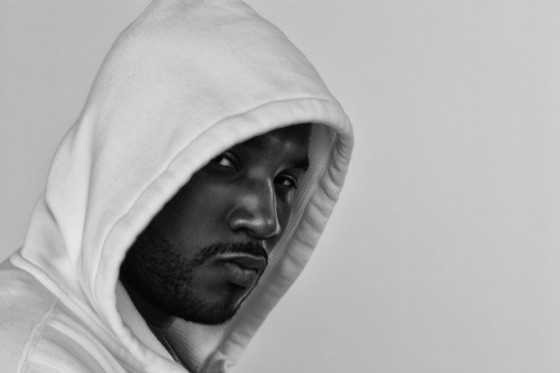 And you feel that you want to give something back to the streets?

Of course! And that’s what my music is all about, giving something back to the streets. I never do music selfishly. The only selfish song I have ever done during my whole career is F.A.M.E. And I wrote that song on some humbug shit and somebody convinced me to put it out. But that’s the only one. You know, when I speak, I speak for the masses, for motherfuckers who have no voice.

I read somewhere that people who are “grinding day to day” will get the most out of your music. Do you see yourself as a working class rapper?

I wouldn’t say working class rapper. I’m worldly, meaning that I grew up listening to the O-Jays, and I learned from all their mistakes. So a lot of the trials and tribulations, I had to go through them because I saw them from afar and I worked my way up in the ranks. It’s almost like a mob boss, you know? When you are in the mob, you start of as a kid, washing cars or whatever. Next thing you helping other motherfuckers with robberies. Next thing you know, you are making hits, picking up money. And next thing you have a thousand soldiers under you, and you’re a Don now.

And that’s what I did. I worked through the ranks and I learned. So I don’t see my music as working class. I see it as life. If I didn’t have music, I wouldn’t have nothing because the drug game and the street game was nothing for me. So this is what I do, and you can see that a lot of the cats that come after me or the cats who are students after what I have done, they learn from my mistakes. And they did what I never did so they got it, you know? But that’s a good thing, though.

Ahh, so is that the reason why you started off the show with a quote from a Mafia movie?

Yeah, from the film Goodfellas. Because when I grew up, all I ever wanted to be was a gangster. And now I’m the gangster the gangsters want to be me. You know, when I grew up, I just wanted to be the motherfucker in the hood who owned a gun and had a cool car. And now I have a dozen of those motherfuckers. I mean, guns and cars. [Everybody laughing]. And I got my own soldiers and I am a boss because I wanted to be that. And all of my big homies who used to be me and ran the streets in the world, they look up to me now and call me Big Homie. It’s a whole different feeling, a whole different responsibility. I guess what I’m trying to say is that I don’t consider this as work. I never sit down and…you know, my accountant do my money… but, I’m great with money by the way.

But like tonight, I don’t look at it like work, and I don’t want to be received and leave with nothing other than love. Because I just wanted to come to Sweden and let these motherfuckers know that I really do the shit. I am who I am, and I love them and I fuck with them, and I came to have a good time, no matter what the outcome could have been.