Rapsody – The Idea Of Beautiful 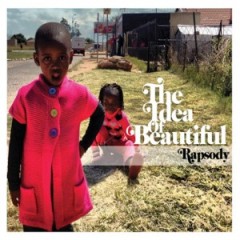 Quickly following my love affair with Frank Ocean’s channel ORANGE [1], I decided to finally give a listen to an artist that many other musicians that I respect have touted as the second coming of Lauryn Hill. It’s truly been a disheartening 14 years since Hill’s Miseducation… first gave the world a shake. It didn’t seem like we’d ever get back to that precious balance of sophistication and rawness that saw Hill become a veritable superhero for women.

Then strides in Rapsody. She’s not new to the game; however, her delivery and energy made me immediately take notice with her first full-length release. The Idea of Beautiful is an album that seems to mar the perceptions of what it means to truly be a female in the industry, not only tackling such prevalent issues as self-worth, but allowing her words to speak for themselves. Indeed, her style of flow is all ease — as is the wont of most MCs hailing from the south (Rapsody was born and raised in Snow Hill, NC). Her sound is almost soft in comparison to many who would use screeching and vocal histrionics to get their point across. But it’s no less ferocious and full of nuance. The music itself is easy-going, not overbearing or imposing, allowing the audience to appreciate her voice and how it wraps around the power of her lyrics.

And it’s because of her lyrics that she’s separated herself from the new wave of hip-hop. The album opens with Motivation, a sparse piano that cradles the deep timbre of Big Rube expressing his philosophy on beauty. It then spills flawlessly into the backing sample of Amel Larrieux’s For Real, an apt song to underscore the album’s first track. Motivation begins the album without apology, telling the audience in no uncertain terms, “You need to wake yo ass up!” Leading single Believe Me continues the introductions, allowing the audience in on what keeps her honest to herself and her listeners. The album then goes on to dismantle society’s preconceptions of beauty, truth, and happiness.

Tracks like How Does it Feel allow Rapsody to open herself up while touching a similar part inside her listeners they may have been too afraid to reveal themselves. Then there are tracks like Precious Wings and Good Good Love that fully encapsulate the frailty of human nature. This vulnerability widens the schism between her and her peers. She’s not afraid to show that the strength of woman is underscored with the gentleness of our gender. She accepts both parts of her femininity, the powerful and the precious.

The Idea of Beautiful is so important because finally, finally there’s a sound and image in hip-hop that’s as positive as it is completely honest. Without hesitation I can affirm that Rapsody is made of the same grit and grace as such MC heavyweights as MC Lyte, Queen Latifah, Mos Def, and even the likes of Jay Eletronica and, yes, Lauryn Hill. A beautiful mix of elegance and fire, Rapsody brings to mind the sort of hip-hop that the industry has sorely missed while giving women another superhero.

The album is available on iTunes and for digital download at Amazon.