If you guys did a duet or an association with someone, with who would you do it?

Here in Peru? Well, I would love to sing with Susana Baca. She is one of the biggest influences, one of the persons that I admire the most as a Latin American songwriter. She’s a female role model, and I believe she also has a unique precious voice, and I’d love to sing with her one day in life. 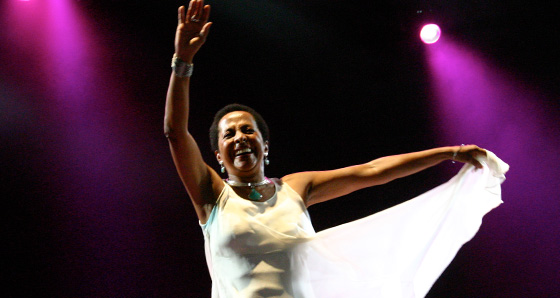 Nah! there’s so many. There’s hundreds. Every place that I arrive to, I feel like singing.

You would sing with anyone regardless of genre?

Anyone that can adapt to your genre.

At this point, the other interviewer and I finally split (not really for me since I spoke to Catalina for almost the entire interview) and did our individual interviewing.

Well, we sing in three languages because, well, I studied French my entire life and in one way I can speak the language, so it molded. At the beginning, we were experimenting doing covers of traditional gypsy jazz, and around there we found French lyrics, so that is how we started singing in French. And English because well, Santiago likes jazz, and he likes to imitate, so he came up with imitating Louis Armstrong and he started to sing.

If you have to sing in a fourth language, what language would you adapt to?

Seeing that Hecho a Mano had 1 or 2 songs in French and 1 in English, will we see a variation of these languages in the second album or does it depend on what surges at the moment?

Yes, we are a little concerned with the subject of languages now. We are occupied with the songs, so we’ll see in which languages it comes out.

Seeing that you did tours across Europe, which country in particular has treated you the best? France, Spain…?

And German and jazz are languages that distances a lot from the Latin languages, so we… we didn’t have a clue on how the crowd there would react and they reacted very well. We had an incredible tour that gained us experience…

And a bigger name that keeps growing.