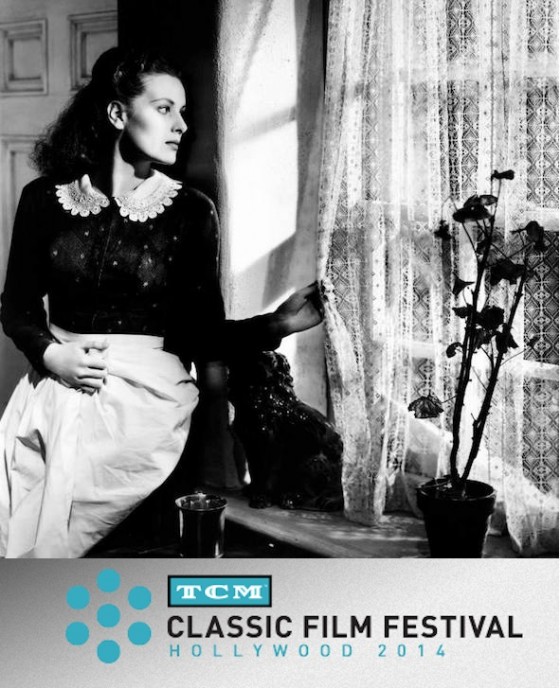 Now in its fifth year, the TCM Classic Film Festival will run from April 10th – 13th, 2013 in Hollywood. TCM is celebrating its 20th anniversary and this year’s theme is family in the movies and the festival opens with a red carpet gala screening of the 1955 musical Oklahoma!

For the fifth year in a row Robert Osborne, film historian and TCM on-air host, will serve as official host of the festival.

Special guests include comic legend Jerry Lewis, who will be immortalized with his hands in cement on Grauman’s at 10am on Saturday and will then present a screening of The Nutty Professor. Shirley Jones who will be on hand for the gala screening of Oklahoma!, Richard Dreyfuss will introduce The Goodbye Girl and Mr. Holland’s Opus. William Friedkin will present a new DCP restoration of his film Sorcerer. After a taped Q&A (which will air later this year on TCM), Alan Arkin will present a screening of The Heart is a Lonely Hunter. Living legend Maureen O’Hara will present a new restoration of How Green Was My Valley.

More special guests include Allison Anders, who will be presenting Martin Scorsese’s Alice Doesn’t Live Here Anymore, Candy Clark will host a poolside screening of American Graffiti, Mel Brooks will present his comedy classic Blazing Saddles and Kim Novak will be present at a screening of Bell Book and Candle.

Events at Club TCM this year will include a special twenty-year edition of Meet TCM, Sons of Gods and Monsters – a discussion with director Joe Dante and makeup artist Rick Baker, TCM at 20: Inspired by the Classics – Robert Osborne will be joined by Jane Seymour and Kim Novak in a discussion of their love for classic cinema, Conversations wit Richard Dreyfuss, silent film composer Carl Davis, William Friedkin, Quincy Jones,  Richard Corliss, Thelma Sschoonmaker and more, Ask Robert Osborne, a taped Q&A with Alan Arkin and more.

The Hollywood Roosevelt Hotel,  the site of the first Academy Awards ceremony, will serve as the official hotel for the festival. Screenings and events will be held at Grauman’s Chinese Theatre, the Chinese 6 Multiplex, the Egyptian Theatre, The Hollywood Museum, The Montalbán Theatre and the El Capitan. Prints will be shown in a mixture of 4k and 2k digital restorations, as well as 35mm.