This fall, Seoulsonic has returned for a short one week tour with three of the most interesting bands in Korea’s repertoire. WYM, Sultan of the Disco, & HEO all represent different facets of the Korean music scene, but together they show just how many diverse genres Korea is offering these days.

You couldn’t ask for three more distinctive artists, with the funk & soul of Sultan of the Disco, WYM’s unique take on EDM and HEO’s haunting melodies,  audiences are sure to find themselves instantly enchanted and enraptured. We got a chance to ask each of the bands a few questions while they’re here in North America for a quick tour. 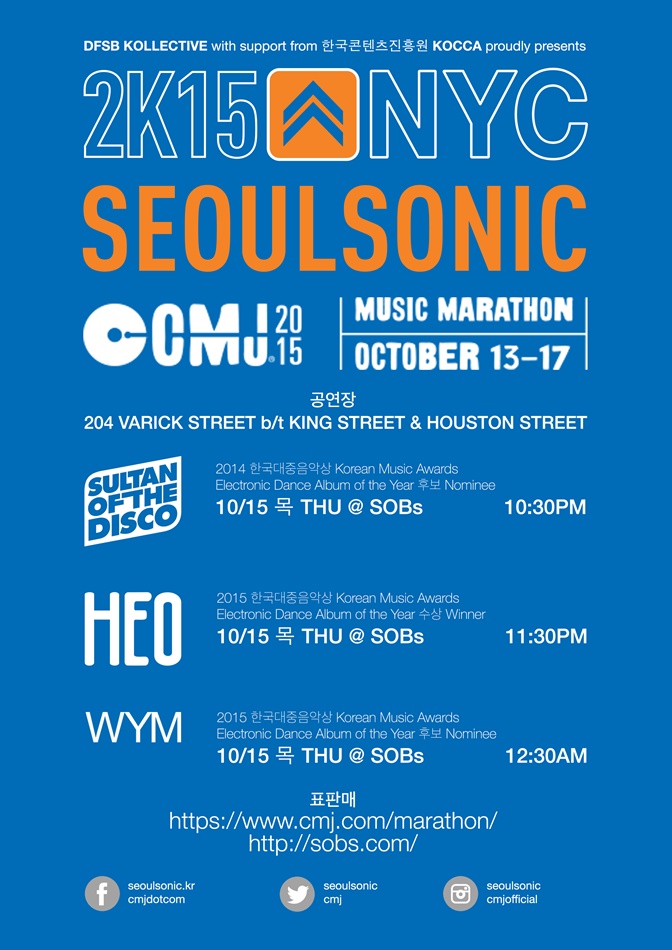 Hi everyone, would you please give us all a quick introduction to your band and tell us a little bit about your sound?

Nahzam Sue (Sultan of the Disco): We’re Sultan of the Disco, a funk/soul/disco band from South Korea. Our band was named after the Dire Straits song “Sultan of Swing.” Last year we played at Glastonbury in the UK, Music Matters in Singapore, and Summer Sonic in Japan. This year we’ve played at CMW in Canada and we also released a new single called “SQ (We Don’t Need No EQIQ).” We worked on the single with Grammy Award-winning producer Tony Maserati in LA.

WYM: Hi! I’m Bjorn aka WYM. WYM started as my one-man-band project. My sound is rooted in electronic dance music – but not like typical EDM club music – and I incorporate a lot of other styles and sounds into it.

HEO: Hi, we are HEO from South Korea. We make music that mixes rock and electronic elements.