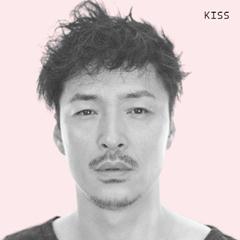 It’s been a couple years since his last release, but San-Eh Kang has graced us with his presence once again with an EP release. San-Eh Kang is one of the most creative Korean songwriters. He’s been around forever (since the early 90s) and has been able to redefine himself with each album. He uses all different types of sounds and musical genres on his albums, from natural sound effects to African tribal music. It’s quite a journey when he decides to put out an album. His voice is similar to that of Do-Hyun Yoon. Both have strong, powerful voices that I really enjoy listening to.

When I first listened to the album, I had it on my iPod touch, and the lyrics displayed as the first track came on and all I saw was 그날아침 repeated over and over. I laughed and said, well, guess I know what this song is about. 그날아침 (That Morning) may be ridiculously repetitive lyrically, but it’s a delightful piano-jazz piece that I love listening to. 떡 됐슴다 (Trick That’s Right) is a great funk song reminiscent of the 70s movement when the genre was in it’s hay-day. The rhythm and melody get me moving even if the song isn’t all that fast paced. Jab Jab is a hard song to categorize. It’s a drum-based song that has strong jazz ties, but other than that it’s a fun and creative piece.

San-Eh slows the album down for a Kiss, and does it nice and slow, with a lovely jazz ballad. Time To Dance is a slow, 70s-ish style rock ballad that really chills things out. For such a short album, San-Eh knows how to show his creativity and keep the listener guessing as to what style he’s going to utilize. Did I mention he thanked me via Twitter for loving the album? Haha. He’s such a great, down to earth person. I hope you all give this one a listen because it’s definitely worth it.

Preview and buy on Soribada | Like it? Buy it on YesAsia.com