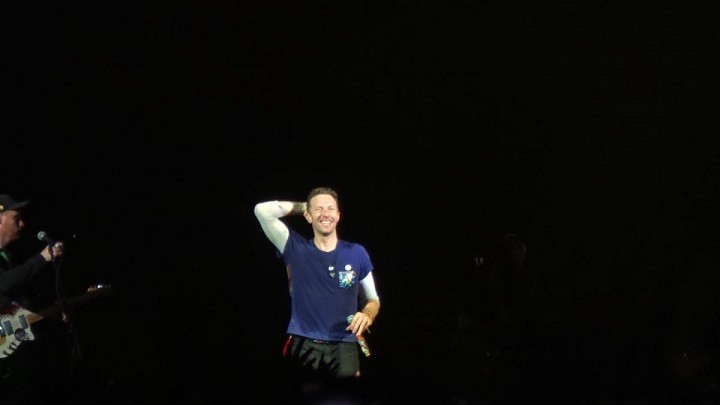 *Note: The Xylobands were activated during these songs.
**Note: This song won the Song Request fan vote (via Instagram) to be played in Lima.
***Note: This song was stopped halfway through and later played again from the start after Chris Martin got the crowd to sing Happy Birthday to his son Moses.

Alongside the Rolling Stones concert; which I criminally not attended, but I hope they don’t retire or die yet; Coldplay’s first ever concert in Lima was easily the most anticipated of the year, give or take. I got my ticket for this, yet I felt pretty turned off after seeing their performance at this year’s Superbowl Halftime Show. While millions liked the performance (which included Beyoncé and Bruno Mars) and it wasn’t the worst I’ve seen for those halftime shows, I thought it was a f*cking sad sight for Coldplay. I almost jokingly considered selling my ticket, but I held on to it and on concert day, their show at the Estadio Nacional was a sky full of stars… almost literally.

I can forgive them for the Superbowl performance after this.

Before Chris Martin and the gang delighted everyone in attendance, Peruvian pop singer Gala Briê and UK singer Lianne La Havas played as opening acts, with the former having a sad point in her backstory and the latter joining Coldplay on their current tour around South America and Europe. Gala Briê fared alright, but Lianne La Havas became a pleasant surprise for the thousands in attendance who didn’t know her at all (myself included). Her vocal and guitar skills were top notch and much appreciated by the crowd, whom were -at least- kind of familiar with Green & Gold because that song was recently used by Grey’s Anatomy. Songs such as Forget and Unstoppable sounded really great live, along with her cover of I Say A Little Prayer For You. She has two albums out and I hope she becomes a much bigger deal. Kudos to Coldplay for giving her bigger exposure, she deserved it.

Now, onto Coldplay’s gig. In terms of production values, this might be the most colorful (and visually stunning) concert I have ever witnessed live — it’s that kind of concert a photographer would die for, especially if you could see the concert from the air — and it’s probably the most inclusive (ticket-wise) concert I’ll ever attend. Most events have one big stage, and some might include a runway. Here, the band had the big stage, a runway (which explained the tickets split in half for the field tickets, sort of) and a small stage located at the intermediate left section — this made me and others groan since I bought the right side instead, during the first days of tickets being sold and without info regarding stages — in which they played acoustic versions of Speed Of Sound, In My Place, and a unexpected cover of Chuck Berry’s Johnny B. Goode. The band literally made themselves visible to every person in attendance, no matter which ticket you purchased. 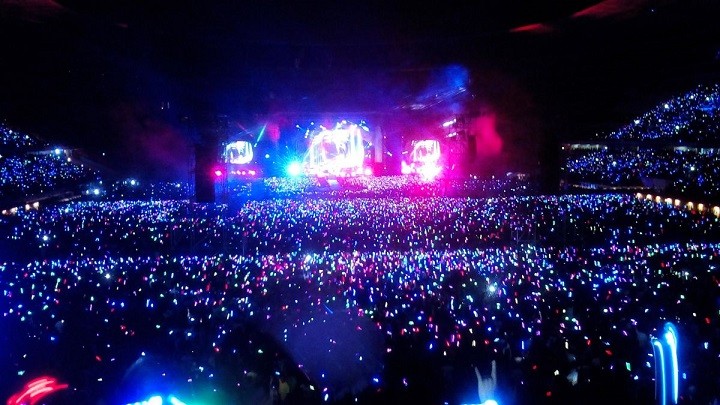 They are truly big hit-makers as seen by their music videos and obviously heard by their songs, which were sang loudly by fans and they sound pretty cool live. However, the true MVP that made the concert worth every cent of any ticket were the Xylobands, the wristbands given for free at the entrance and glowed in different colors (red, blue, green, yellow, purple, etc.) for certain songs — one side had the words  “Coldplay” and the other had the title of their latest album. The Xylobands made up for such a unique concert experience, and they made for a pumped up intro with A Head Full Of Dreams, which included lasers, pyros and yelling fans who finally were able to hear Chris Martin live. My favorite use of the Xylobands happened during Paradise, Hymn For The Weekend and Adventure Of A Lifetime, with the first two being a great visual experience and the latter made up for a total partying experience, balloons and confetti included. I was surprised that Every Tear Is A Waterfall didn’t get the Xyloband treatment, though. But who am I to complain about that?

Anyways, other highlights unrelated to the visuals included finally hearing and singing Yellow live, seeing Moses (son of Chris and Gwyneth Paltrow, whom attended the show with her children) getting a entire stadium to sing Happy Birthday for him — Chris Martin appreciated everyone making his son feel great as well as them loving to see him as a cool dad — and even better, Chris Martin saying that Coldplay will return here for a second time. Of course, that depends on several factors, but this announcement at least kills off the rumors of their seventh album A Head Full Of Dreams being their last.

Highly recommended for the music and visual experience. Witness them.