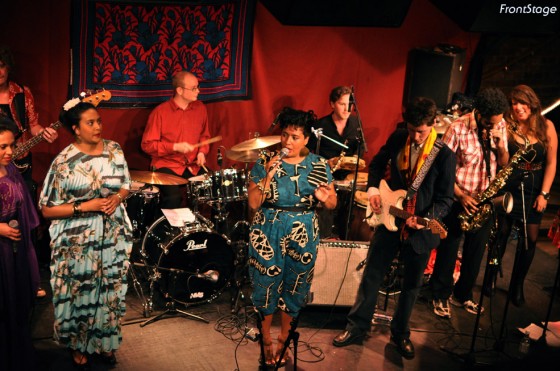 I was browsing the Metro on Stage page (a Swedish music competition), looking for some new songs to listen to. I saw that Combo de la Musica had just uploaded a song to the competition — something about the name and the picture they used made me curious. To make a long story short, I completely loved it. I left a little message on the site asking for more info about the band.

I think it was a day later when John contacted me on Facebook and thanked me. We started talking and suddenly I was invited to their first official showcase at Fasching.

I have in the past heard one song from a band/artist and fallen in love with it. I have then purchased an album, and found myself in love with the whole thing. I trust my musical hunches, so when I arrived at Fasching, I wasn’t the least worried that the show was going to be lack luster.

In fact, Combo de la Musica pretty much rocked the house down.

The music is energetic, it’s funky, it makes you want to sing and dance. It’s the perfect combination of soul, funk and some African as well as Latin sounds. In their Facebook page they describe themselves as a mix of boogaloo and soul. I’m not that much familiar with boogaloo, but Combo de la Musica does remind me of the sound from that time (60’s and 70’s). 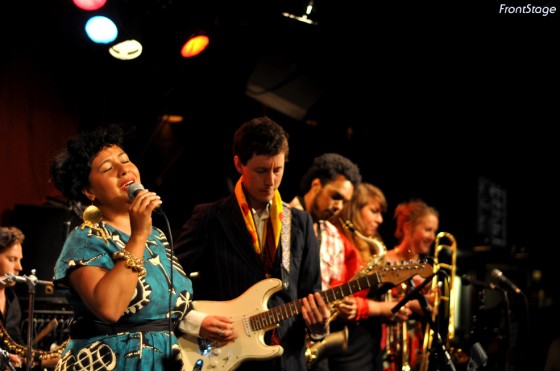 Add to that an amazing vocalist, Kristin Amparo’s voice is so rich and powerful. I was amazed that she managed to not get tired after spending an hour growling and singing loud. That voice, I just know I will be a fan for life.

What most impressed me was that the band is so big. This evening, it consisted of 12 members, plus a guest member (Akoth Makokha on the sax). Yet with such a big band, and although they haven’t been together for that long (according to John) they were so tight in the music. I didn’t hear a note out of place, they were in perfect sync.

You know a gig has been amazing once you leave the place wanting more. I know that I will attend all of the concerts Combo de la Musica will have.

If you are in Stockholm: Combo de la Musica will have a gig on the 8th of June at Southside in Zinkensdamn. Don’t miss it!