Back Again: The 2017 Interview with Galaxy Express

Sometimes you just love a band so much, you’re happy to help them out and interview them anytime you can. That is true for me and Galaxy Express. This is my fifth interview with them [1][2][3], and I still have lots to learn from them. SXSW 2017 marked the 4th time for the band to play in the U.S, and was a triumphant return since their last appearance in 2013. 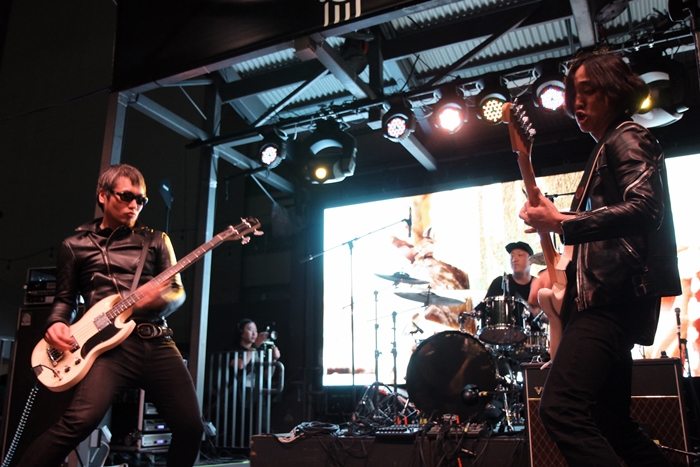 Galaxy Express continues to grow phonically throughout the years, and with that, their maturity level shows. Their latest track The Way brings us back to their more rough and tumble sound recordings of their earlier years, but you can still hear a little of their more complex writing in the undertones. We got a chance to speak to the guys after they returned to Seoul and had time to reflect on their most recent appearance in Austin.

We loved seeing you again at SXSW, what did it mean for you to be come back and perform again in the US?

Juhyun: We were excited to be back in the US again. We had a great time touring in the US in 2011, 2012, and 2013 and really missed gigging there. Going forward, we hope to perform in more places than ever before. So hopefully SXSW proves to be kind of a like a new beginning for Galaxy Express and leads to a lot more international touring.

Did you see any artists during the festival that you loved? Or was there anything else that you loved doing in Austin while you were there for SXSW?

Juhyun: Slaves from the UK were awesome. Watching them we thought, “This is truly punk rock.” While we were in Austin, we also went to a restaurant that had a great view of the lake. The sky was so blue and the sun was reflecting off the water and it was really beautiful to see. That was something we loved too. We haven’t experienced many beautiful days like that in Seoul this year because of all the air pollution.

How did it feel to play the K-Pop Night Out stage this year at SXSW, with big idol groups as the headliners? Do you think sharing the stage with pop artists helps bring your music to new artists? (p.s., Heekwon totally had a fan girl standing near me screaming for him, did you hear?)

Jonghyun: I think there were some people at K-Pop Night Out that wished that rock bands weren’t involved in the showcase and instead the concert just focused on idol groups. But that’s okay. At events like that, it’s our goal to make people fall in love with Galaxy Express too. We’d played K-Pop Night Out in the past, so we knew what to expect going into the showcase. No matter where we play, we always do our best.

Heekwon: I heard her screaming, but I couldn’t see her. And there was a fan at the showcase holding a sign that said “Galaxy Express” too. That was cool to see. Thanks so much to the screaming girl and the person that made the sign!