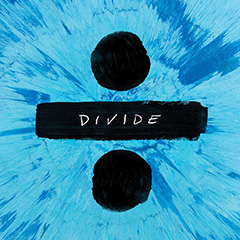 When I first heard Ed Sheeran’s latest album Divide, I was just as excited and blown away as the rest of the world. Although I cannot consider myself a fan, I have always been partial to his soothing vocals and acoustic sound. The album was catchy, Ed’s words authentic, what more could you ask for? But the overwhelming response to Sheeran’s album made me suspicious. It has never been the case that I have ever been so in tune with mainstream audiences’ tastes; what has changed? So I decided to give my two cents on the album.

As many know, Sheeran has a likable and down-to-earth personality like few other artists of his stature. Kind and straightforward, his personality certainly transfers effortlessly into his music, which embodies a unique storytelling style, a chameleon-like variety of genres and as always, a guaranteed sense of authenticity.

And in his third studio album Divide, this coalescence of features was all the more present. In describing how the concept came about, Sheeran described it as “schizophrenic“, referring to how he wished for it to be eclectic and showcase his breadth of musical influences. Although I do have to point out that Sheeran has incorrectly used the word “schizophrenic” (Note: Against popular opinion, schizophrenia does not relate to people having split personality disorder), his eclectic musical tastes certainly came through in this album.

As usual Ed’s included a couple of rap/hip hop influenced tracks in Divide, paying homage to his heavy metal/punk influences. I have always found his particular style of rap interesting, as it seems more narrative style, rather similar to what the Chinese call Shu Lai Bao (數來寶). Kicking the album off with Eraser with its Celtic-influenced muted metal riffs, Sheeran weaves a compelling story of his path to fame and how it conflicts with his passion for his art, all the while incorporating a mixture of electronic and instrumental percussion in the background. I would say out of all the songs on this album, this is the one which encompasses the theme of the album best with its immiscible genre-bending nature.

Other rap or hip hop tracks include chart-topper Shape of You which borrows a Tokyo Drift-like slap-tube riff, pairing it with hard and fast percussion on the cajon. Here Sheeran skilfully shows off his genre-bending abilities, displacing a quintessentially hip-hop flavoured track in a completely acoustic arrangement to make for delectable listening experience.

World music is a tricky, unconventional and most importantly highly politicised topic when you think about it, so I applaud Sheeran’s efforts in attempting to incorporate so many different cultures into his music. But in being a global superstar, albeit one from a country which is primarily made up of a ‘white’ and therefore privileged population, one does not lightly incorporate cultural influences into their music, especially those coming from cultures far removed from their own.

Bibia Be Ye Ye (meaning “All will be well“) was a song where Sheeran did well in avoiding cultural appropriation. Co-writing this song with artist Fuse ODG who is of Ghanaian descent, Sheeran traveled to Ghana to work with critically acclaimed producer Killbeatz, creating a larrikin and upbeat sound that can be enjoyed universally, yet remains respectful to the culture the song was borrowed from. Sheeran’s cheeky lyrics which detail a drunken night gone wrong yet tie back into the theme of optimism give the song an updated kick which play an integral part in easing audiences into a deeper appreciation for the authentic arrangement.

The Spanish-inspired track Barcelona, however, was a different story. Although on the surface it seems like a harmless and catchy track, I do take issue with the fact that it is very much cultural appropriation, with Sheeran and his co-writers picturing Barcelona as nothing more than a sunny holiday destination, and seemingly stringing together popular Spanish words such as ‘mamacita’, ‘sangria’ , ‘señorita’ and using tired tropes hinting weakly at the Flamenco genre. Not to say that it’s not a good song, but that listeners should be aware of its potentially problematic meaning.

Moving into safer territory, Sheeran’s album includes several stripped down tracks which subscribe to the R&B/Soul/Blues genres; namely the soulful Dive, the John Mayer-ish What Do I Know showcasing Sheeran’s sparkling wit, as well as the sentimental How Would You Feel, which ironically enough, actually featured Mayer’s cool guitar solo in the bridge. Speaking of the latter, I loved this song for its timeless approach reminiscent of Eric Clapton’s works. Painting a vivid picture of love so unadulterated that it is heart-wrenching with nothing more than simple snares and an acoustic guitar, Sheeran’s voice moves skilfully from soft to loud, from loud to soft, hugging the curves of the song with ease.

I especially love the atmosphere created within Sheeran’s song Perfect. Coming hot off the press from the annals of classic rock, from the moment the song starts I feel like I’ve automatically been transported back to the 1960s. The lyrics, the melody, Sheeran’s vocals; the whole ambience of the song fits together so perfectly (pun intended), recreating a vintage atmosphere that is all encompassing, filling my heart and my head with warmth.

Also, who could forget the alt-rock first single Castle on the Hill, whose uplifting, spitfire electric riffs and bass beats combined with Sheeran’s soul-baring recollection of his personal memories make for a meaningful and relatable song.

Of course, no Ed Sheeran album is complete without a few tear-jerkers. Supermarket Flowers, written for Sheeran’s mum who passed away is certainly the most emotional piece on the album. Once again, his storytelling ability does wonders here, as he combines a personal narrative with interjecting messages to his mother. The song also hints at a more spiritual side to Sheeran, and its uplifting use of choir-inspired backing vocals and the simple piano arrangement do lend the song a sense of serenity and spirituality.

Although separately, all these are wonderfully catchy, I did feel that the album’s theme really wasn’t much of a theme at all. There seemed to be no meaning built on why Sheeran wished for this album to have such a varied quality other than to showcase his various musical influences, and more thought could certainly have been put into developing it. Furthermore, although I found it extremely easy to get into, within two weeks I had the album out of my system. In other words, although Divide was a great album, it was a little too digestible for my liking. Although Sheeran did subscribe to a number of genres, many of the songs were tropes of their respective genres. A certain amount of skill was put into creating fusions between genres, but I feel like Sheeran and his team were a little too safe in doing so, adding measured elements of innovation that would have a guaranteed payout rather than going all out and forsaking a segment of the audience in doing so.

I love listening to ‘albums’ in particular and reviewing them precisely because they aren’t meant to be as digestible as just listening to singles. To me, albums are like textbooks. After poring through them and working through them, you will then gain knowledge that extends past what was taught just within the first few pages. However unfortunately with Divide, I just felt that I was already given all the answers from the start. Where’s the fun in that?