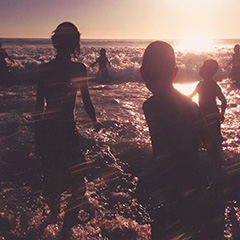 Linkin Park has had to deal with lots of complains from the fans, due to the drastic change in their sound, up to the point that Chester Bennington had to come out and tell Hybrid Theory believers to “move the f*** on” [1]. And after following the band for 17 years, I kinda understand both sides’ frustration.

If you pay attention to Linkin Park’s discography, you’ll clearly see the transition they make from one album to the other. So you knew they were going to try something different. But when the first single for One More Light, Heavy, came out even I thought “that’s just too much”. Going from all the way from metal to the most generic pop, filled with all of the trendy sounds of the last few years, is traumatic for any fan. But that’s precisely the problem: You can’t listen to OML as a Linkin Park fan but as music fan.

I got to say I hated Heavy, and I still do. So I decided I wouldn’t like the new album because it’ll probably sound all the same… and then they came to Peru and everything changed. Ok, maybe not that much, but it definitely helped. The new songs sounded way heavier than their studio versions, and suddenly, they were not that distant from the old songs. So I gave OML a try. And it is definitely a pop album, yet that’s not a bad thing. It has great tunes, it has poor generic music too. But I’m glad is different.

I love the old tracks from Hybrid Theory and Meteora; two awesome albums; but when you listen to those live -now- they feel out of date and out of place. That being said, OML also feels outdated. Nice of the band to try something new, but it sounds like something from two or three years ago, that a bunch of people did better- Yet! There are wonderful moments at the end. The last two songs One More Light and Sharp Edges, exemplify what the band can achieve when inspired; nothing revolutionary, but with a lot of heart. Talking to Myself is also very catchy and probably the heaviest of the ten tracks.

Nice try from Linkin Park, which seem to be really happy with their new baby, but as a fan of the band, I’m not impressed.

You can listen to One More Light on the YouTube list Linkin Park put together, as well as probably your streaming service of choice. You can also get it on iTunes, and Amazon.