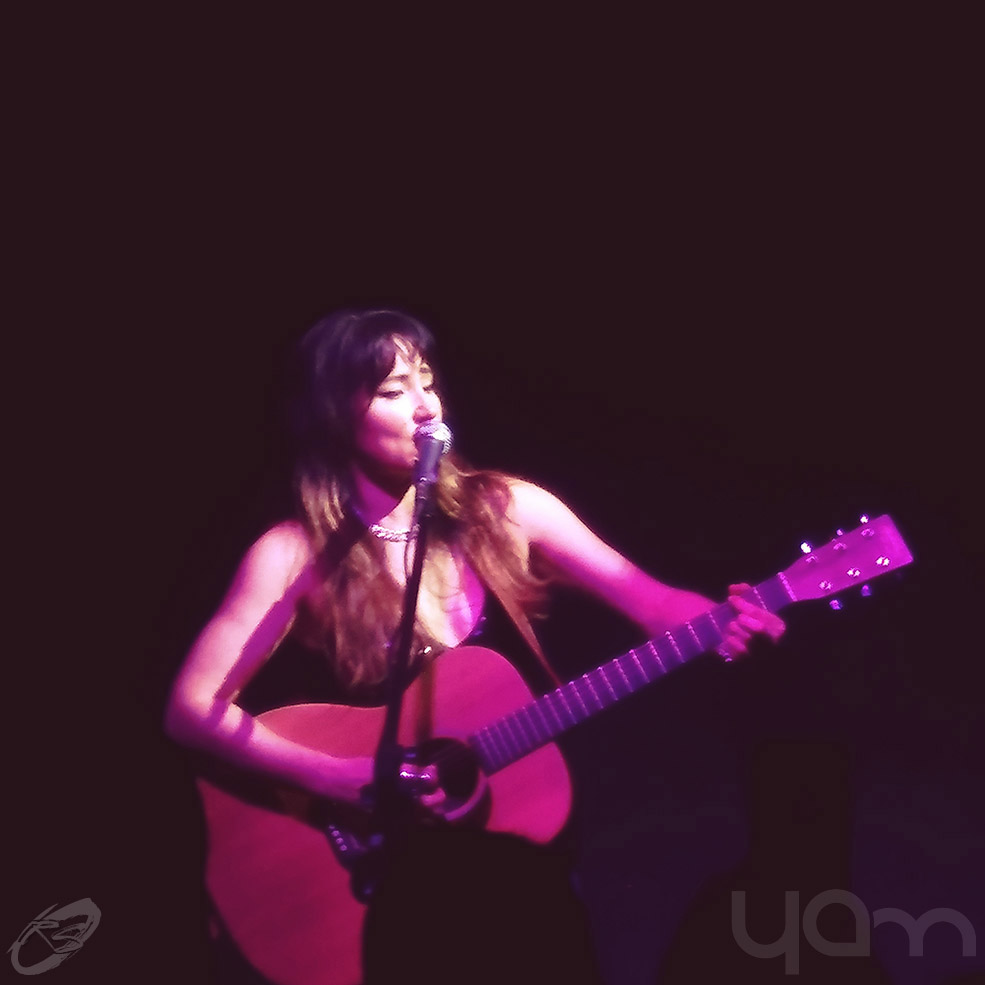 KT Tunstall’s last-minute acoustic showcase in Lima on December 05 wasn’t meant to happen at all. However, it was announced as a surprise to her fans, and I’m glad it did.

A few days ago before KT performed, she visited Peru along with an NGO and several musicians — including James Valentine (Maroon 5); Stefan Lessard (Dave Matthews Band); Adam Gardner (Guster); Nicolás Saba and Marcial Rey (Kanaku Y El Tigre) — as part of the “No More Blood Wood” campaign to raise awareness of the illegal logging and deforestation of the Amazon. During her stay in our country, KT decided to put on a free show for her fans in the capital city, Lima. Thanks to Marcial Rey (whom performed on stage for some of KT’s songs with a guitar) and other people involved, the Scottish singer managed to secure a place to play her music at FUGA in the Barranco district with only a guitar and her loop pedal.

Getting a ticket for this was done via the Joinnus app/website. Due to strong demand — and most of all, for free — the organizers moved it to FUGA and tickets were unavailable shortly after moving the concert. I lucked out on getting a ticket somehow shortly after the change of venue happened.

Before KT got to play live for the crowd, City Woods was the opening act and frontman Telge played songs from City Woods’ upcoming debut album Are You Living To Die? (set for release on January 01, 2018). Shortly after Telge finished his act, Marcial Rey entered the stage and finally introduced KT Tunstall to the fans in the small venue.

Suddenly after explaining why she traveled to Lima in the first place, KT said she didn’t want to leave our country without playing for us. In between songs and personal stories, as well as talking about her trip to Peru, everything made the gig pretty entertaining, and made for a very engaging night. Songs from her past albums Eye To The Telescope and Drastic Fantastic were played the most and had the crowd engaged, but the songs that got the stronger reactions from the crowd were White Bird, Black Horse and the Cherry Tree, Kanaku Y El Tigre’s Bicicleta (including a cameo from KYET’s frontman Nicolás Saba, who sang the song alongside KT) and Suddenly I See as well as the covers from The Bangels, The White Stripes and Jackson 5.

Overall, I had fun watching KT perform live in a small stage. She enjoyed playing for the Peruvian fans so much to the point that she said she’ll come back eventually. When and where, I don’t know yet. But when she returns, go ahead and check her out live if you can.