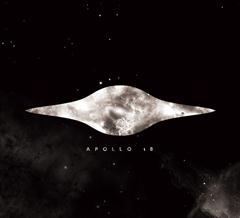 Apollo 18 is back in Black, their new EP Black, that is. Progressive rock band Apollo 18 are releasing their new EP next week, and we were privileged enough to get a sneak peek of it. The album features only four tracks, but each song tells such a story that you forget how short the album is.

Sonic Boom is as high energy as the title suggests, cranking the signature Apollo 18 enthusiasm to the top. Deadend is the longest track on the album, topping out at just under eight minutes long, but every second is worth listening to. Rarely does an instrumental track tell a story as well as this. I was entranced the entire way through.  Apollo 18 steps into a darker world for Corpse Flower, and does it effortlessly as usual. The album wraps up with the trance-like Mur, a song sure to relax and enchant you.

In all, Black is a solid extended play album that treats veteran fans to a few new tracks from Apollo 18, but would be a great introduction to the band for new listeners. Be sure to check it out.

P.S. I will be interviewing Apollo 18, so be sure to check back for that exclusive. If you have any questions for the band, make sure to leave a comment. D.S

Preview it on Xiami | Like it? Buy the EP on YesAsia