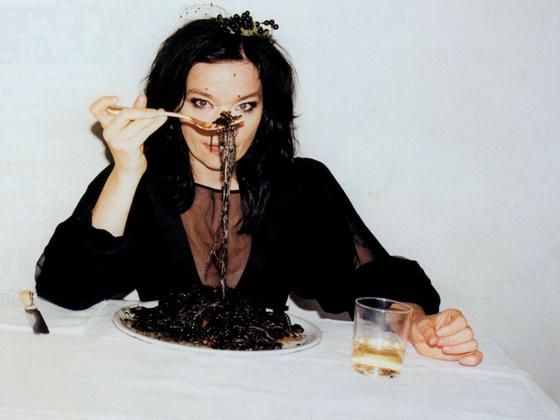 I have no idea what Bjork is eating, but it looks like ink squid pasta. The photo, which belongs to… I don’t know who, is one of the few ones I found that was staged like a shoot, but didn’t have that snapshot quality to it… or maybe that’s my bias or just Bjork’s genius.

In any case, the only magazine where I saw natural portraits (or as natural as portraits can be) featuring food ended up being in a food magazine called Bon Appétit, which I could see featured some Jake Gyllenhaal (in a photo not featuring much food), some Elizabeth Olsen digging on some baguette, and then Slash Slash Slash (actress/pseudo-singer/GOOP creator) Gwyneth. 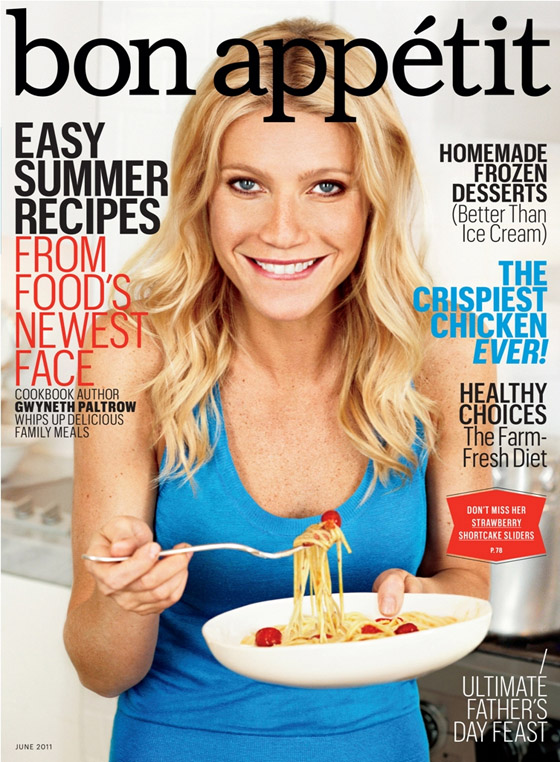