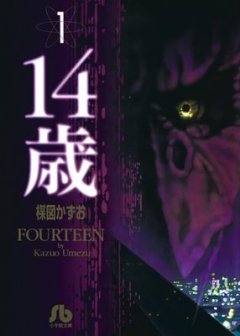 In the year 2200, the world has been turned into a horribly malformed rendition of its former self. The cities are bigger, yet more tightly packed. The people are more homogenous, yet differences in ethnicity and culture cause them to be even further ostracized from each other. And the food… well, the food has become something of a mystery. There aren’t many animals, and those that are around are used mainly for experimentation.

One night at a chicken-making factory, an eccentric yet highly invested chemist notices something odd swimming in the vat of chicken parts. A gradual increase in the vat’s chemical balance results in the creation of a fully realized chicken whose capacity for rapid intellectual growth — not to mention his physical size and strength — is astonishing. Within a few short days, the chicken, who has taken to calling himself Chicken George, has absorbed an alarming amount about human history, developing a native familiarity with English and a dangerous curiosity for these beings who call themselves ruler of all creatures. Once he realizes the violent and careless nature of humans, he devises a plan to not only take over this planet, but to give it back to its rightful owners: the plants and animals.

Meanwhile, a 14-year-old girl has a child that is captured and given to the President of the United States. Not only is the girl wanted for procreating (an infraction that results in “imprisonment”, for due to the overpopulation of the world only those given permission can have children) the child has an unnatural birth defect: his hair is shockingly green. Though the President attempts to hide all this from the public, 14 years later his child, unsurprisingly named America, will be on a course to become the saviour of the planet.

Fourteen is an obvious allegory for the excesses of humanity. Umezu-san (Cat Eyed Boy) wrote this manga with a definite agenda: to force us to take a look at ourselves and the impending demise of the planet. In 1990, this story was probably revolutionary, if not incredibly frightening — hence its “horror” tag. However, when I first stumbled upon it, I was both intrigued and put off. The art in and of itself is spectacular, albeit a bit rudimentary by new millennium standards. However, the story was incredibly preachy to the point of detracting from its main goal — to teach people to take better care of what they have.

That being said, the manner in which everything unfolds is incredible, if not a bit far-fetched — I mean, as far-fetched as a story about a fully animated chicken bent on ruling the world can be. What gets in the way is the almost erratic manner in which events occur, starting with a young girl whose pregnancy connects her to America, whose own path aligns with Chicken George. I give great respect to Umezu-san for creating something that was so horrifying in terms of how it painted humanity that it probably scared more than its share of people into changing how they perceive the world around them. However, the beauty and power of the story was lost in a glut of narrative occurrences attempting to overpower each other.

It’s definitely worth a read just for the sheer fact that there’s so much that can be gleaned from the story itself. But Fourteen isn’t exactly a manga for those looking for more than on the surface depth.

Part of the 2012 YAMYAM Food Blogathon.