Of course, there was also David LaChapelle in my memory, with several celebrity portraits featuring props shaped like food, illustrated food (I was almost going to include Elton John’s cherries and bananas portrait), and food standing for other objects. 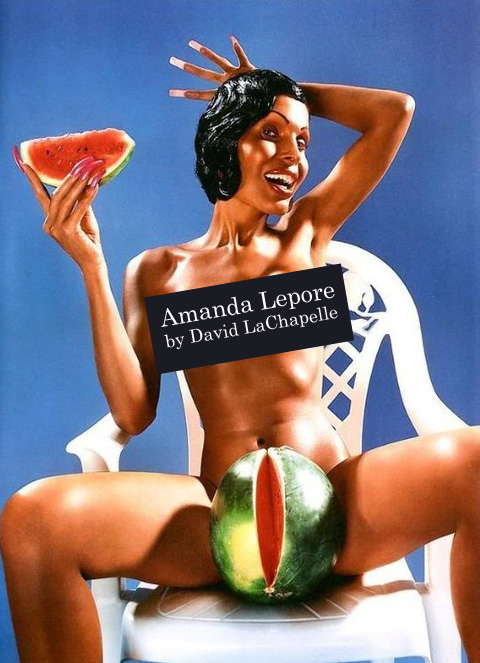 Sorry, if you feel it’s crass. I don’t know if some of our readers are sensitive to these things. But you know, it’s David LaChapelle. His hyper surreal style has been even used for commercial shooting, and then there was this photo of Devon Aoki holding a fish. xD 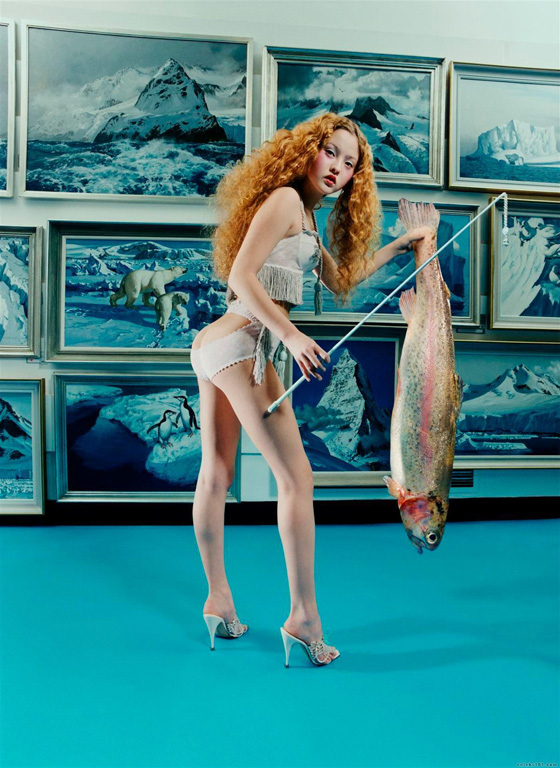 I wasn’t entirely sure if this hyper sexual surreal style was unique to LaChapelle or it was just me looking at the photos, but it seemed that 98% of the photos I found — especially the ones featuring women — were sexualized. It’s common to think of food and sex in similar tracks. After all, both are two of the pleasures of life ;P

But I was just really stunned by the little focus on regular celebrity portraits with food.