Friday, April 29th was infinitely more packed, the morning beginning with screenings of A Streetcar Named Desire, Taxi!, The Constant Nymph. 1964’s Becket was screened at the Egyptian Theatre with a discussion between TCM host Ben Mankiewicz and star Peter O’Toole following the film. 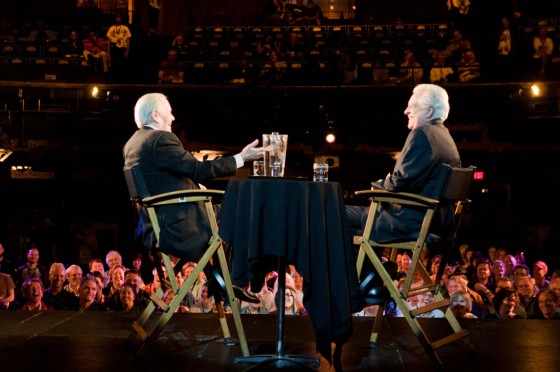 Later screenings included The Godfather, Bigger Than Life — with a discussion with the film’s star Barbara Rush — and Royal Wedding — with a discussion with the film’s star Jane Powell. The family of Gregory Peck was on hand for a discussion following a screening of To Kill a Mockingbird and Mickey Rooney discussed the film Girl Crazy after its screening. The channel taped a two hour conversation between Robert Osborne and Peter O’Toole at the Music Box Theater, which will air on TCM sometime later in the year. Director Roger Corman discussed his film The Little Shop of Horrors, Jane Powell introduced Seven Brides for Seven Brothers, film preservationist Kevin Brownlow was in attendance during a screening of the 1925 silent film The Merry Widow and living legend Kirk Douglas introduced a screening of the roadshow print of 1960’s Spartacus, which screened at Grauman’s Chinese theater to an audience of just over 1,000 people. The night ended with a midnight screening of The Tingler — special audience participation scares included. 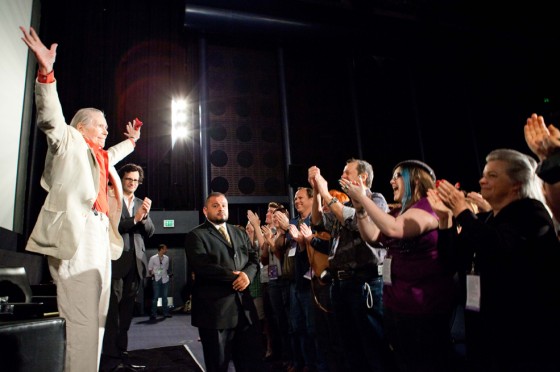