The following day, Saturday, April 30th, began with a special footprint ceremony in front of Grauman’s Chinese Theater. 8-time Academy Award nominated actor Peter O’Toole received the 232nd slab of cement in front of the legendary theater. The slab has been specially designed to look like sand and infused with gold dust flecks — so that it would reflect O’Toole’s most famous film, Lawrence of Arabia. The star’s children were in attendance, as well as Barbara Hershey, Illeana Douglas, Anjelica Huston and Rose McGowan.

The day continued with an hour and a half conversation with film preservationist Kevin Brownlow at the Roosevelt Hotel. There were screenings of The Third Man, Hoop-La, All About Eve, The Parent Trap, with Haley Mills introducing the film, Citizen Kane, introduced by Norman Lloyd, The Man with the Golden Arm, followed by a discussion with Vicki Preminger, Nancy Sinatra and Tina Sinatra, Reds, followed by a discussion with Warren Beatty and Alec Baldwin, Niagara, introduced by film noir expert Foster Hirsch, the silent Buster Keaton film The Cameraman, with live orchestra, Breakfast at Tiffanys, with a special appearance by Julie Andrews, La Dolce Vita, Shaft, with an introduction by Richard Roundtree  and Gaslight with an introduction by Angela Lansbury. The day ended with a midnight screening of the 1932 Universal horror film The Mummy at the Egyptian Theatre. 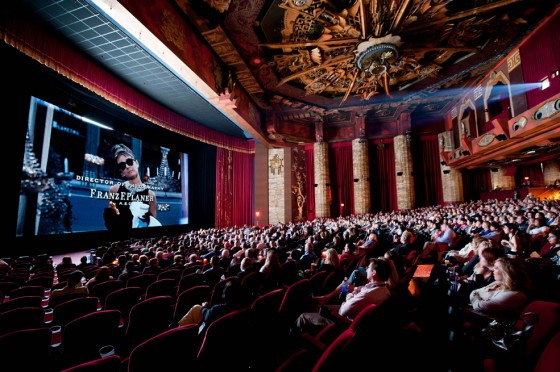