Sunday, May 1st began strong with a screening of Night Flight featuring Clark Gable, Myrna Loy, John Barrymore and Lionel Barrymore — a film that hadn’t been screened in nearly 60 years — followed by a discussion with Drew Barrymore. Guy Hamilton was on hand to discuss Goldfinger, Haley Mills returned to introduce Whistle Down the Wind, Debbie Reynolds discussed The Unsinkable Molly Brown after that film’s screening, Rose McGowan (who used to host The Essentials with Robert Osborne) introduced A Place in the Sun, and Eva Marie Saint was on hand after the screening to discuss working with the late Elizabeth Taylor.

Other screenings included Fantasia at Grauman’s Chinese and a 35mm print of Woody Allen’s Manhattan. Ben Mankiewicz made some closing remarks before the screening of West Side Story at the Egyptian Theatre. The film’s star George Charkiris, who won an Oscar for his performance as Bernardo, Marni Nixon, who dubbed Natalie Wood’s singing voice, and Executive Producer of the film Walter Mirisch all took part in a discussion of the film’s production prior to the film’s screening. The evening ended with a party throughout the Roosevelt Hotel.

In his closing remarks, Ben Mankiewicz mentioned how the fans of TCM seem to feel responsible for the network and for these films they love, adding that he feels the network is in good hands. After these absolutely fabulous four days of celebration and discussion, I think it’s safe to say the films are in good hands as well. 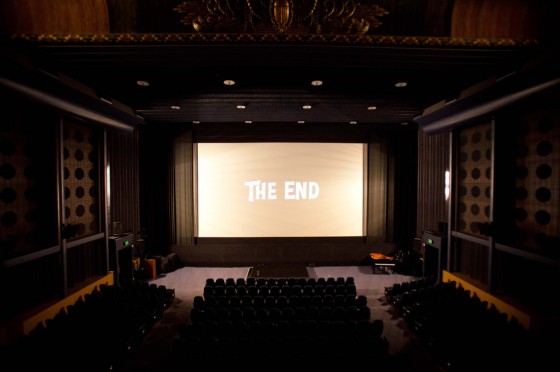