We Can’t Live Without Cosmos 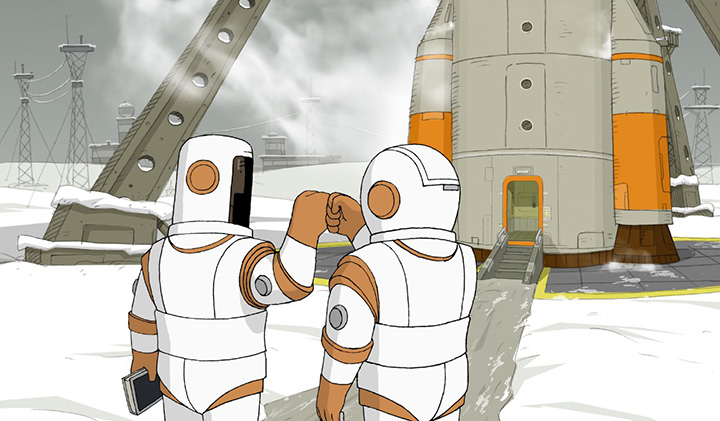 Seven years after his Academy Award nominated short Lavatory Lovestory (Уборная История — Любовная История [YouTube], director Konstantin Bronzit is back with his cosmonaut bromance We Can’t Live Without Cosmos, which chronicles the lives of two best friends who are prepping themselves to reach for the stars. Its unassuming character design and style, like its predecesor, will catch you by surprise when you see these men jumping on their beds while pretending they’re floating into outer space. It’s hilarious!

The short, of course, begins with a rather comical setting, comparable to Space Cowboys, where funny things happen while training to become an astronaut. However, it all takes a turn for the worse, and one of our protagonists has to deal with the loss of the other. Its balance of comedy and despair is lovely, giving Cosmos its charm and its biggest emotional punch.

Warning: Some may need a Kleenex.

We Can’t Live Without Cosmos is available on The Scene with a region restriction.