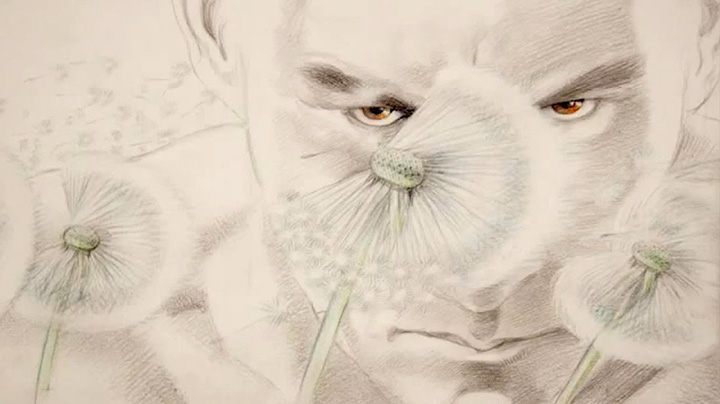 Ever since the advancement of technology, the boom in 3D animated films, it seemed like the 2D animated industry shrunk having to adapt themselves to what the market wanted to devour. The Shrek franchise, the rise of Pixar’s dominance, the shrinking of Disney’s 2D animation (I clearly remember Home on the Range being touted as the last Disney title traditionally animated, then came The Princess and the Frog), the proliferation of Dreamworks animated movies, the birth of Illumination Entertainment and the reign of Minions — and thank god, there’s Laika there somewhere.

I remember the days when the release of an animated film in theater was a one or two event a year affair. Now? I give myself the luxury to skip titles. However, it’s always nice to see some of the animated shorts that get shortlisted (and eventually get nominated) at the Academy Awards, who sometimes used to surprise– Sony’s The ChubbChubbs! over Pixar’s Mike’s New Car or Koji Yamamura’s Mt. Head; Adam Elliot’s Harvie Krumpet over Disney’s Destino or National Film Board of Canada’s unusual Ryan or The Danish Poet over other Disney shorts. The short categories are the most unpredictable.

Of this year’s nominees, Richard Williams’ Prologue is the most artistic one and most technically-accomplished. The short; which is to be the first part of a feature film based on the anti-war play, Lysisrata, by Aristophanes; starts with live action shots of Williams doing his title’s lettering, and presenting a simple animation sheet with subjects that begin subtly moving frame by frame. It quickly turns into a battle over 2000 years into the past between the Spartan and Athenian warriors, which showcases some of the most gorgeously brutal fluid animation, which some may even mistake for rotoscoping.

It’s horrid in its depiction of war and destruction in almost monochrome hyperreal pencils. Its dedication reminds me of Aleksandr Petrov’s My Love, though both differ greatly in style and content. However, the passion is felt in each one of those drawings.

Jokingly labeling his feature as “Will I Live to Finish It?,” I most certainly hope (crossing my fingers) that he does get to finish his artistic adaptation of this 2400-year-old play.