Dearly Beloved, Are You Listening? – Nationalism and the Anti-hallyu Wave 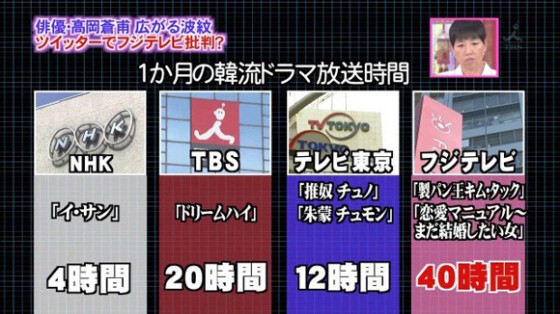 Hello, my name is Amy, and I’ve only ever watched two Korean dramas — and have only ever bought one Korean music album: Seo Taiji’s Issue. I am also a citizen of the world, and have grown up with entertainment from all over the world. I speak English, Spanish… and I believe I can sorta speak French. I like Japanese, but am studying Mandarin.

In my recent feature titled American, Latin, Hallyu: Worldwide Entertainment and Waves, I discussed actor Sousuke Takaoka’s comments on the Korean Wave sweeping Japan (and the world). Since then, his agency dropped him, and now this has exploded. Netizens are calling for a FujiTV (channel 8) boycott on August 8 because they show too much Korean content. 40 hours a month of Korean programming is apparently “too much” to these people. 40 hours a month is a little more than 1 hour — one or two shows, give or take — a day.

Let me give you a bit of perspective~ GlobalTV (canal 13) on Mondays, shows about 16 American programs — roughly 8 hours of programming a day. So in a month average — assuming we get the same amount of programming on weekends and weekdays — we get about 240 hours of American programs. On Mondays, we also get 30 minutes of Doraemon, so we get about 2.5 hours a week (not counting weekends) — in a 4-week run, that makes it 10 hours a month of Japanese animation.

After that, 40 hours a month seem… rather petite, non? 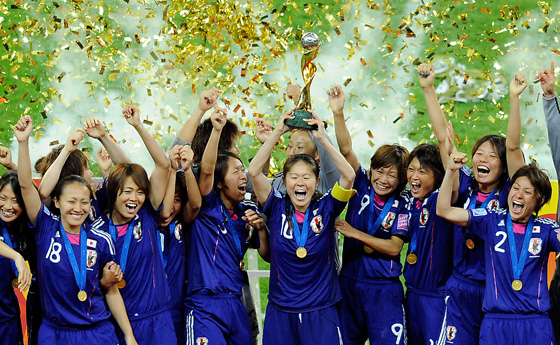 I sort of understand nationalism. Feeling deep pride for one’s culture after the struggle — you know, that mushy feeling that arose right after the Tohoku disasters when we cried with you for all your losses, or that swelling feeling when we saw the Japanese woman football/soccer team beat all those teams and ultimately become World Champions. However, I also pick nationalism with chopsticks as if it were stinky tofu. I hate that part of nationalism that makes us look down on other cultures, as if we were superior, thinking that them making it only means we won’t. Making us believe that we suck only because they seem better. Let’s take a look in the mirror, if we suck it’s only because of us.

It’s easy to get consumed with the bad side of nationalism. Of course, there’s a “fake” side of nationalism when we borrow cultures like we often do nowadays — now that everything is one click away, it’s even easier to get caught up in that. How often have I, all on my own, been caught putting down a Hollywood mainstream film because I prefer the Asian mainstream. It’s so easy, but it must be avoided. Lucky for me, I have never resorted to a “let’s boycott” action.

Yes, there have been incidents when there were boycotts of Hollywood movies, which I touched upon on my feature on Asian Americans in American Media, even if those were based on different issues and they didn’t have to do with nationalism, but about minority representation.

So I urge you, Japanese citizen, to not boycott FujiTV. Yes, the internet is a powerful thing, but it shouldn’t be used to bring down something that’s trying to break the walls of cultural seclusion. The internet, after all, is also supposed to be tearing down those walls, but it’s being used to build even stronger barriers against multicultural exchange.