This post is prompted by the somewhat recent comments of actor Sousuke Takaoka in regards of the Korean (Hallyu) Wave in Japan, “Since we’re in Japan, I would like to see Japanese programs. I get scared every time I hear the word, ‘Hallyu’“.

Of course, since then, Takaoka has already made statements on Twitter [1][2] about having to have someone to stand up before Japanese entertainment loses its essence, and denying the accusations of being racist. 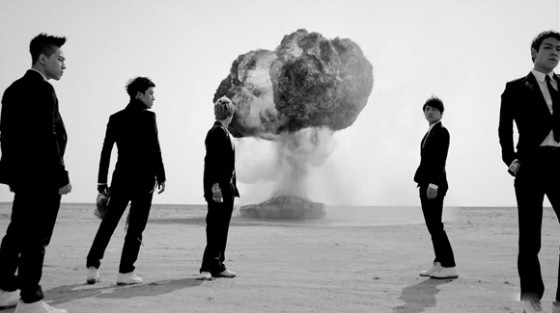 Ever since the Korean entertainment industry began blurring the line of subculture and began leaking onto the mainstream, with segments in places like CNN, BBC, and sometimes leaking onto your local news channel, the Korean Wave — term coined in China back in the late 90s — has been expanding for the past two years with a speed resembling that of the Big Bang — bad pun intended.

But as things with the Mainstream goes, people get tired… even if the Korean Wave has still way to go. If we browse comments, we see a lot of negative people professing they were fans of Kpop, but are now fed up with it. Fair enough, everyone is entitled to their own opinion, but we’re not doing anyone any favor when we state that American pop culture is “universal.” American pop culture is, well… more popular — and some people are also fed up with it, and looking for alternative pop culture. This time it just happens to be Korean.

It’s not only the expansion of Korean music — hopefully in Korean, and not in a water down English version of it — but also films and television series, often denominated Kdrama for “Korean drama”. While Korean films have also been going through a renaissance of their own not only among critics and festivals, but have also been commercially successful — prompting their own slew of Hollywood remakes, it is the distribution of Kdrama throughout the world that have helped the Korean Wave swept even further.

Things like struggle, love or basic human emotions are universal. We can all relate to a moving story, characters, regardless of their culture and background, as long as they’re compelling — regardless of subtitles. Though many of the shows are broadcast dubbed in the local language, it isn’t rare to find fans “getting” subtitled DVDs of their favorite stars to watch the latest shows.