With the recent news of Mickey Rourke cast as Mongol conqueror Genghis Khan, and the controversy surrounding the casting of white actors in the upcoming Avatar: The Last Airbender, based from the Nickelodeon series with obviously non-Caucasian characters, we decided to take a brief look at Asian-American entertainment, from films to television, the impact they’ve made, and the struggle they faced and are facing in Hollywood nowadays. 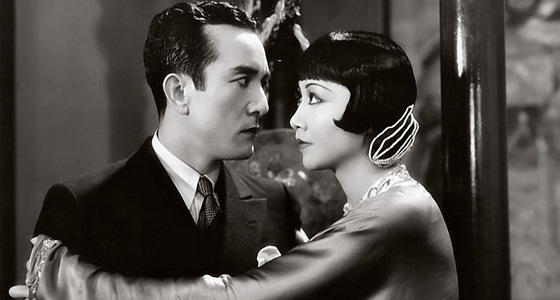 If we talk about Asian-American actors, we have to start with possibly the two biggest Asian-American movie stars ever. Actress Anna May Wong and actor Sessue Hayakawa, despite playing some stereotypical supporting roles in Hollywood, they made their names in the late 1910s and early 1920s, and kept active until the 60s. Wong worked on films like The Toll of the Sea, The Thief of Baghdad with Douglas Fairbanks, and Shanghai Express with Marlene Dietrich, and became a fashion icon on her own. Hayakawa, on the other hand, became as known as Douglas Fairbanks or Charlie Chaplin with films like The Cheat, The Wrath of the Gods, and The Dragon Painter. He often played stereotyped roles of villains and romantic heroes enamoring Caucasian women. Coincidentally, he played opposite Anna May Wong on Daughter of the Dragon [pictured above], which was poorly received. 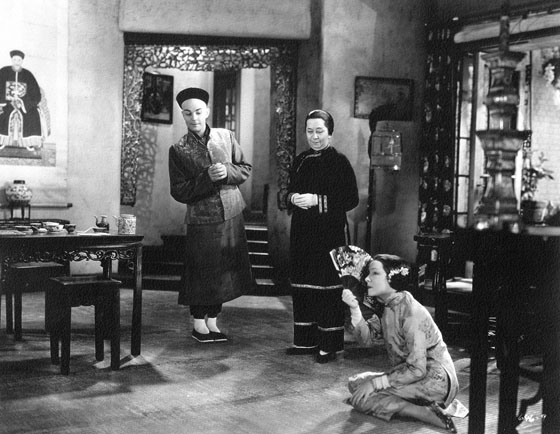 Both actors still had a lot of obstacles from studios and society. Wong lost the lead of The Good Earth to European Luise Rainer in “yellowface”, as well as the lead on The Son-Daughter [pictured above] to Helen Hayes because she was “too Chinese” to play Chinese, while Hayakawa began losing stardom because of the anti-Japanese sentiment rising in America, as well as the establishment of the Production Code which forbade the portrayals of miscegenation [mix of racial groups] in film, which would prevent him from romancing any female lead, unless they were Asian.

Wong moved from Hollywood to Europe, and then returned to play roles in Broadway’s On the Spot, which was turned into a film called Dangerous to Know. She also played the lead in a string of B-movies that gave a positive portrayal of Chinese, but were often dismissed by critics and audiences. However, two of these films were given approval from the Chinese consul to Los Angeles, Daughter of Shanghai and King of Chinatown. And if all the groundbreaking achievements in Wong’s career weren’t enough, she also starred in the first ever Asian-American television series called The Gallery of Madame Liu-Tsong in 1951.

The biggest problem in the early years was obviously racial discrimination, having white actors not only playing African or African-American characters on “blackface,” but also Asian or Asian-American characters on “yellowface,” which was perhaps the representation of the fear of what many newspaper headlines called “Yellow Peril,” like the fictional character Charlie Chan from the series of books by Earl Derr Biggers, about a Honolulu detective, who was played by Swedish actor Warner Oland, who had Mongolian ascendancy, but still had to put on “yellowface”, or the adaptation of the Pulitzer-winning novel The Good Earth about family life in a Chinese village, which had no Asian cast members. However, it didn’t end in the late 30s, it continued well into the 50s with John Wayne playing Genghis Khan in The Conqueror or Ricardo Montalban playing Nakamura on Sayonara, in the 60s with Mickey Rooney on Breakfast at Tiffany’s, playing buck-toothed and loud Mr. Yunioshi, into the 80s wind Linda Hunt as Billy Kwan on The Year of Living Dangerously (for which she won an Oscar), and many others. 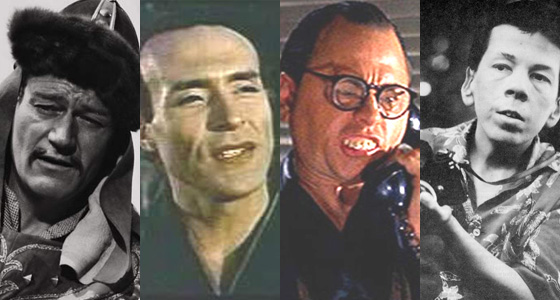 Of course, careers like Anna May Wong, Sessue Hayakawa and Tsuru Aoki – who married Hayakawa – opened the door to people like Nancy Kwan who became a sex symbol in the 60s and played her own role in the acceptance of actors of Asian descent, as well as Bruce Lee, who is one of the most influential martial artists of the 20th century, and a cultural icon, breaking into American pop culture as Kato on The Green Hornet television show, which aired in the late 60s. And finally, Pat Morita who broke out as a recurring character on the first season of the series Happy Days in the 70s, leaving to star on his shortlived series Mr. T and Tina, the first American sitcom to center on a person of Asian descent on ABC, the network who would eventually give Korean-American comedian/actress Margaret Cho the chance to star in All American Girl in 1994, the second sitcom centered on an Asian-descent character.

American series have all had their share of Asian-descent characters in supporting roles like Ming-Na on As the World Turns in the late 80s, and would eventually play Dr. Jing-mei Chen on ER for more than 100 episodes. As well as Joan Chen on David Lynch’s Twin Peaks in 1990, followed by Lucy Liu on the show Pearl, which would lead to her playing Ling Woo on FOX’s Ally McBeal for 4 years, as well as Kelly Hu on Sunset Beach and Martial Law (with Hong Kong star Sammon Hung) in the late 90s, and a current gueststarring role on The Vampire Diaries. The guys seem to have it tougher with actors like John Cho on shows like Off Center in the early 2000, and would eventually play Harold Lee on the Harold & Kumar franchise with Karl Penn, and Daniel Henney – who’s already an idol in South Korea – on the now-canceled transplant show Three Rivers. 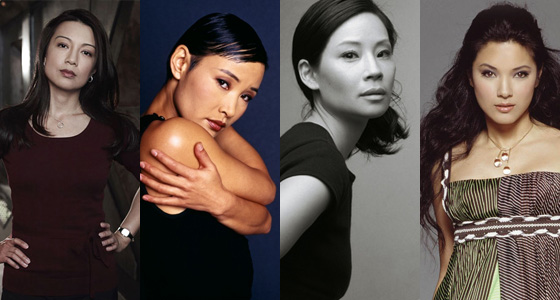 And how could we forget Daniel Dae Kim playing Jin Kwon (alongside Yunjin Kim) for more than 100 episodes of the hit series Lost. Dae Kim is about to play the role of Det. Chin Ho Kelly on the new version of CBS’ Hawaii Five-O this fall, joining the new version of Nikita [S1]on the CW Network starring Asian-American actress Maggie Q and Jenna Ushkowitz playing Tina Cohen-Chang on the pop culture hit Glee. 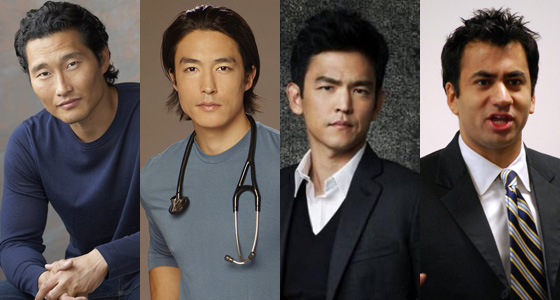 With a more globalized world, and even the representation of the first Asian-American main character on a Pixar animated film (voiced by cute Jordan Nagai) – yes, I am basing representation based on Pixar characters – we can only wonder what’s going to happen, after all, for every Pixar chance there is a Dragon Ball or a 21 – the film about a university student cheating at casinos to pay his studies, based on a true story involving Asian-Americans. Perhaps it is like director Justin Lin said when talking about not having an Asian-American lead for Fast and the Furious: Tokyo Drift, he just couldn’t find any that would fit the lead.

In the meantime? How about working hard, networking, and being a professional all the time. Not getting airs of a superstar or being treated like a diva just because you made this, or that… after all, if Johnny Depp can be his cool and sweet self being Johnny, then why wouldn’t you be able to? Being on set on time, and being nice not only to the producers or directors, but also the guy that does your lighting, and the girl who takes care of catering.

Plus, if you feel like there’s not enough Asian representation on the big screen, there’s always foreign films. Let me tell you, Henney and Maggie Q didn’t go to the other side of the world for nothing.